As featured in our report on gender lens investing, Just Good Investing, Calvert Impact Capital conducted a quantitative analysis of our portfolio looking at the relationship between financial performance and percentage of women in leadership (senior management) and board positions. The full methodology for this analysis is described below. Note that this analysis is based on observational data and all stated results are of our sample, not necessarily reflective of the population as a whole; we did not conduct a regression analysis and do not offer commentary on causation. Please find summary results in the full report on page 9. 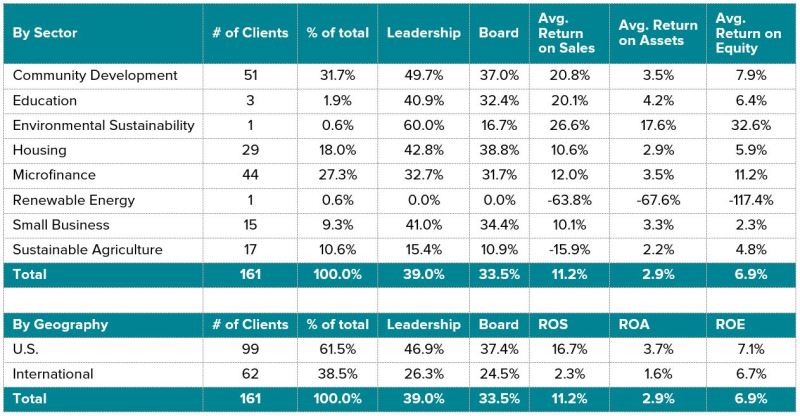 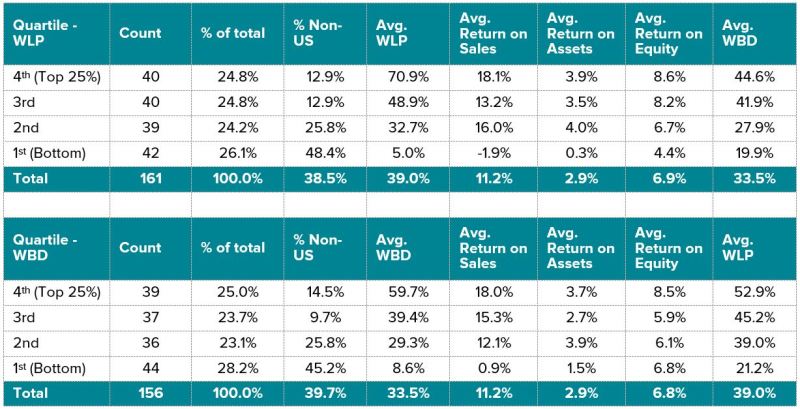 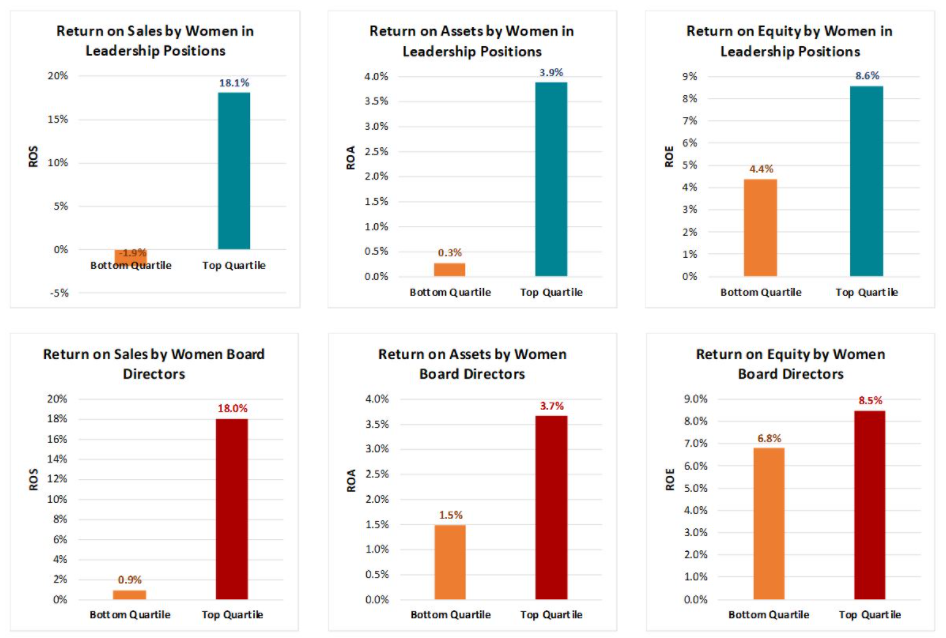 We were also curious to see if these trends remained the same when we broke down the sample down to Domestic and International companies. 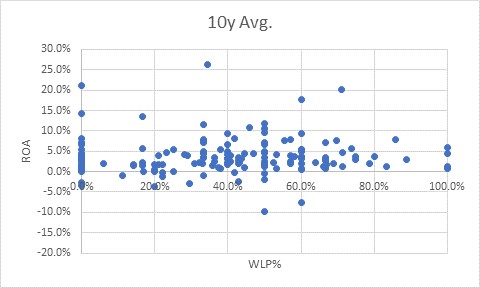 On average, companies in the higher quartiles of WLP% and WBD% outperform the bottom quartile. This remains true on a year-by-year basis for WLP%, but not as consistently for WBD%. The trend also remains true when the sample is split by U.S. and International companies, though the magnitude and volatility of the differences vary by region. This suggests that the %WLP may be a key driver of financial performance.