Further, by supporting the expansion of affordable housing, CHC's lending activity is contributing to the health and well-being of communities and progress towards 10 of the 17 of the Sustainable Development Goals outlined by the United Nations Development Programme. Since its inception, Community Housing Capital has originated 433 loans totaling $639 million to 139 affordable housing developers in 42 states plus the District of Columbia. This activity created or preserved over 17,915 units of affordable housing and facilitated $2.1 billion in total development. Community Housing Capital is headquartered in Decatur, Georgia. Calvert Impact Capital acted as the lead arranger and is serving as the administrative agent for this deal.

About the value of our loan to Community Housing Capital:

Calvert Impact Capital made its first loan to CHC in 2011. Since then, they have increased the size of our loan amount by more than 400%, providing unsecured financing to help CHC grow their core product offering. In 2018, they closed on a $15 million unsecured syndicated facility, which allows CHC to efficiently raise capital from a broader group of investors and enhances their ability to respond quickly to affordable housing opportunities. Since Calvert Impact Capital made its first loan to CHC, CHC’s total assets have more than doubled, growing at a compound annual rate of 14.9% (as measured from fiscal year end 2011 to fiscal year end 2017). CHC’s loans under management, which directly financed the creation and preservation of affordable housing, has grown to $210 million over the same period.

Unsecured financing is extremely valuable to CHC because it allows them to respond to affordable housing development opportunities that do not meet the geographic and/or structural requirements that are often associated with secured credit facilities. Unsecured financing is also catalytic because it helps get projects off the ground and facilitates significant amounts of follow-on investment in the community. Our loans and syndicated facility help CHC efficiently raise the capital they need to support affordable housing developers across the country. 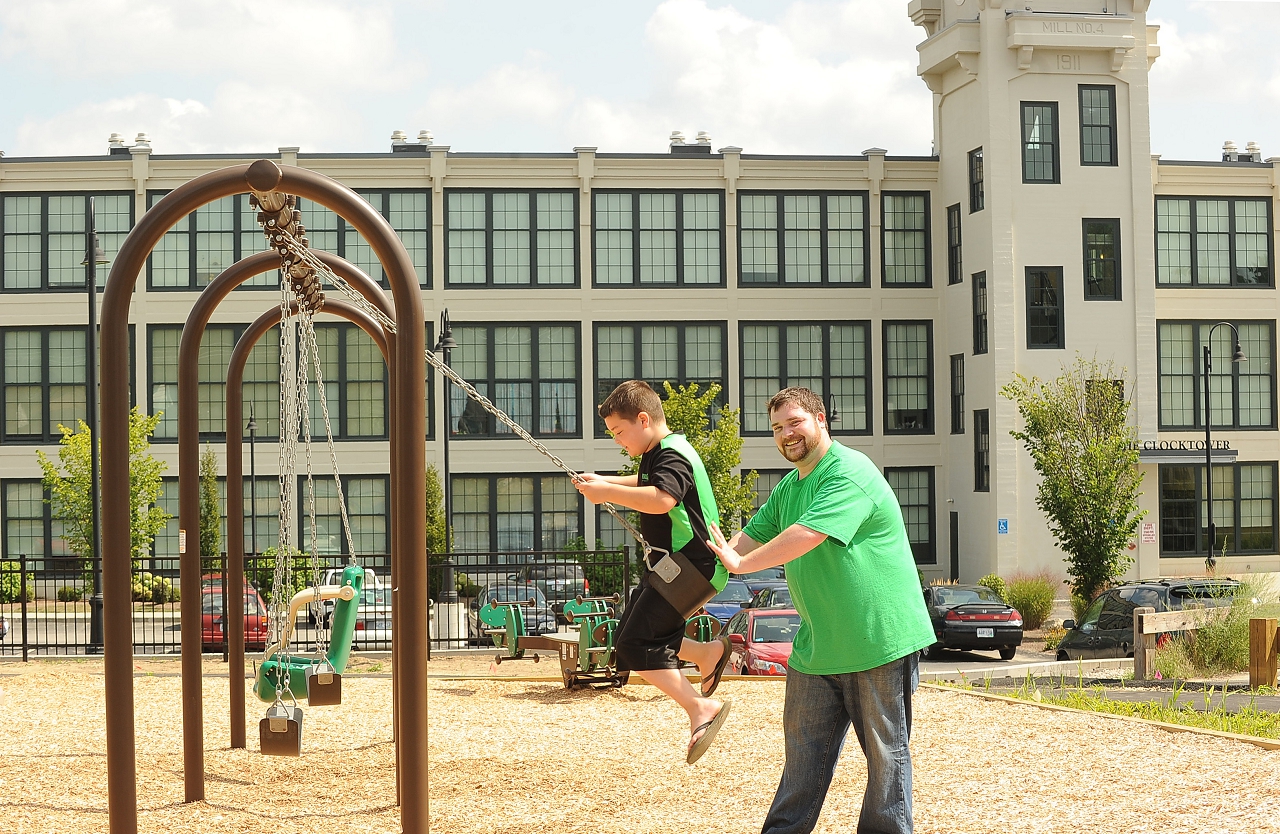 The Clocktower Apartments in Harrisville, RI stand next to a public library, a park and a beautiful lake. It’s a lovely and accessible place to live, offering affordable housing options for low-income families and seniors. Almost unbelievably, though, this well-developed area stood in ruin until just a few years ago. The Clocktower building was part of a cloth factory that operated in the early 20th century. In the 60s, the factory closed, and the building remained empty for many years. Recently, a branch of the NeighborWorks network saw potential in the site and they purchased the mill in a partnership with the town.

Now, the Clocktower includes 47 units designated for low-income families and 52 senior living apartments. NeighborWorks also helped to build the public library and walking paths around the lake to make the area as inviting and beautiful as possible. Community Housing Capital provided NeighborWorks with the funds they needed to move the project along efficiently and professionally. "We had to acquire our site on a very tight deadline to meet low-income housing tax credit requirements,” explained NeighborWorks Blackstone River Valley Executive Director Joseph Garlick. “CHC made it happen. I haven't worked with a lender yet that has moved a deal faster." With a $6 million line of credit from Community Housing Capital (CHC), Chinatown Community Development Corporation (CCDC) will acquire a 17-unit affordable apartment building in San Francisco's Chinatown neighborhood. CHC funds of $3,870,000 will be used for acquisition and a $1.1MM permanent take-out loan will fund all future rehab of the property. The property acquisition will allow Chinatown CDC to preserve the availability of affordable housing options in an area where CCDC is combating gentrification and the loss of Asian populations in and near Chinatown. Currently, CCDC knows that a minimum of 12 of 17 households residing in the building are low-income, monolingual Chinese households. Generally, CCDC projects are 100 percent affordable to residents with incomes that are below 60% AMI, with many featuring even deeper levels of affordability. As an organization with an excellent track record of creating affordable housing, CCDC is also extremely active in its neighborhoods as advocates and has a robust Resource Development and Program Management division to fund these community activities, as well as supply services to residents in their buildings. 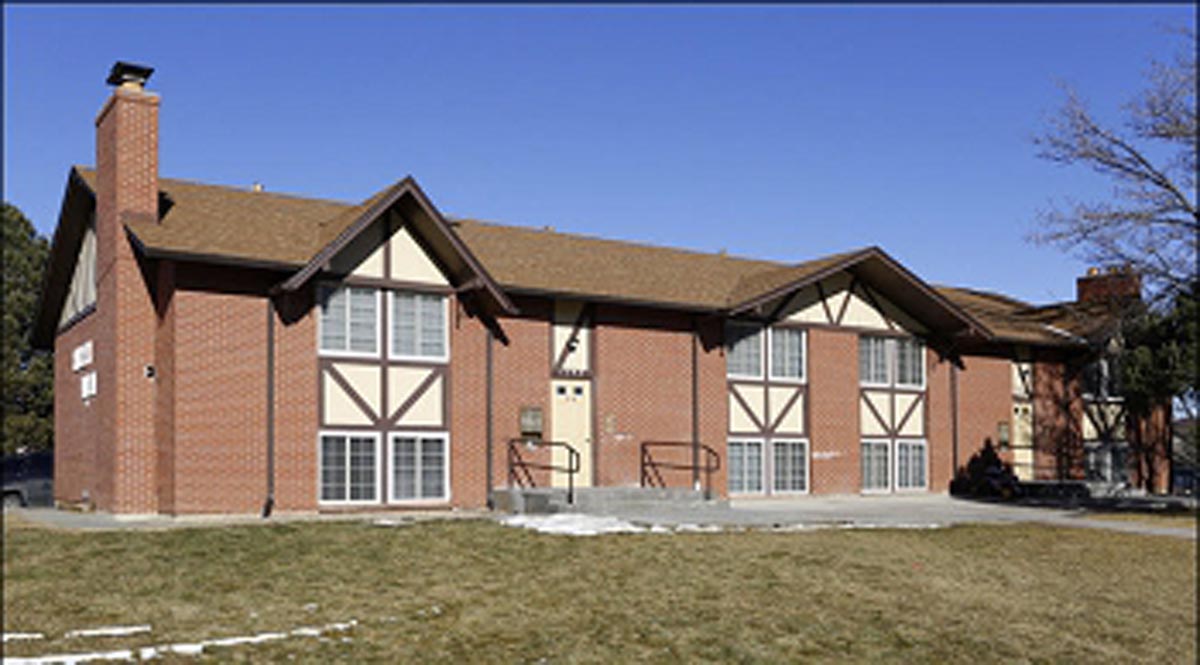 Although Longmont, Colorado, is a thriving community just north of Boulder, it has a severe lack of affordable housing options. What housing stock is available often exceeds a $1 million listing price. As a result, rental rates have skyrocketed and pushed medium to low-income residents out. Thistle Community Housing (Thistle) received a $1,700,000 loan from Community Housing Capital to refinance and ultimately renovate the English Village Apartments, a 32-unit property for individuals earning 30%-50% of area median income. This interim financing provided Thistle with the ability to maintain English Village as an affordable property and seek 4% bond funds to renovate and extend the physical life of the units. The 32 units were originally purchased and renovated by Thistle in 2000. The apartment complex is easily accessible from all areas of Longmont with easy access to shopping and amenities in the immediate vicinity. The property is located south of the Longmont Central Business district in a residential area with commercial, industrial, office, and retail intermixed throughout the neighborhood.

The Power of Community Engagement in Affordable Housing: Takeaways from the #ImpactTourRaleigh