Since its inception in 1988, CRF has provided over $3 billion in financing in the 49 U.S. states and the District of Columbia, improving the lives of 1.85 million people in the process. CRF financing has led to the creation and retention of 134,000 jobs, the development of community facilities serving more than 1,300,000 people annually, and financing for thousands of minority and/or women-owned businesses. CRF’s work fosters long-term community revitalization through sustained business investment and allows borrowers to grow their operations, build equity, hire employees, and contribute to the improvement of their neighborhoods.

Learn more about CRF's work and impact on our blog. 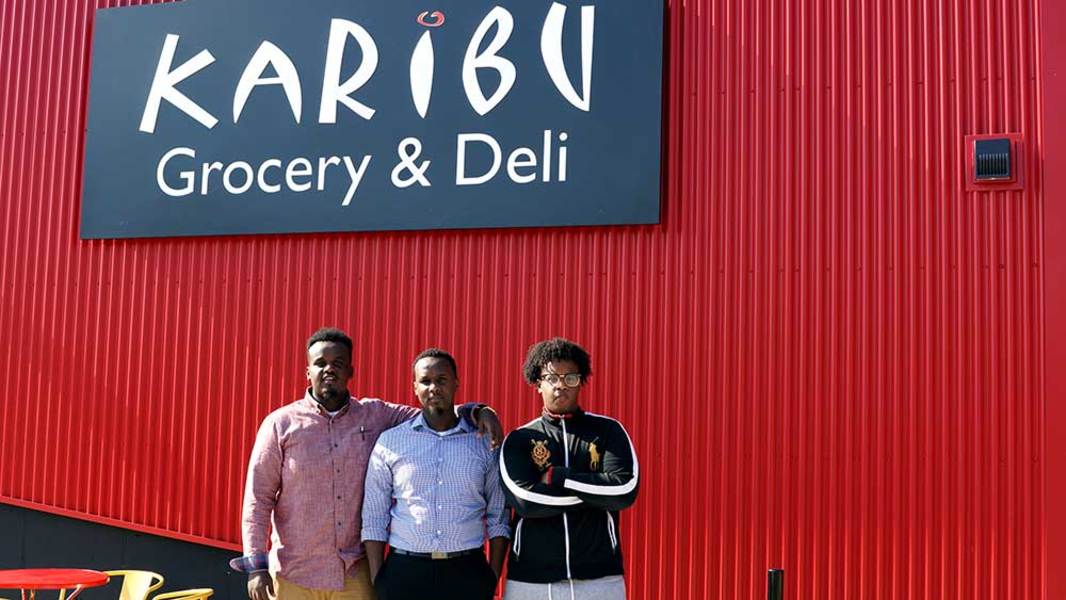 “Karibu” means “welcome” in Swahili, which is exactly the experience the Ali brothers wanted to create when they set out to transform an old gas station in St. Paul, MN into a vibrant neighborhood grocery store and deli that serves Somali food. The Ali’s determination to find financing to fund their dream lead them to the ADC who in turn connected them with CRF. The full start-up funding package was a collaborative effort between ADC, CRF, the City of St. Paul and more. 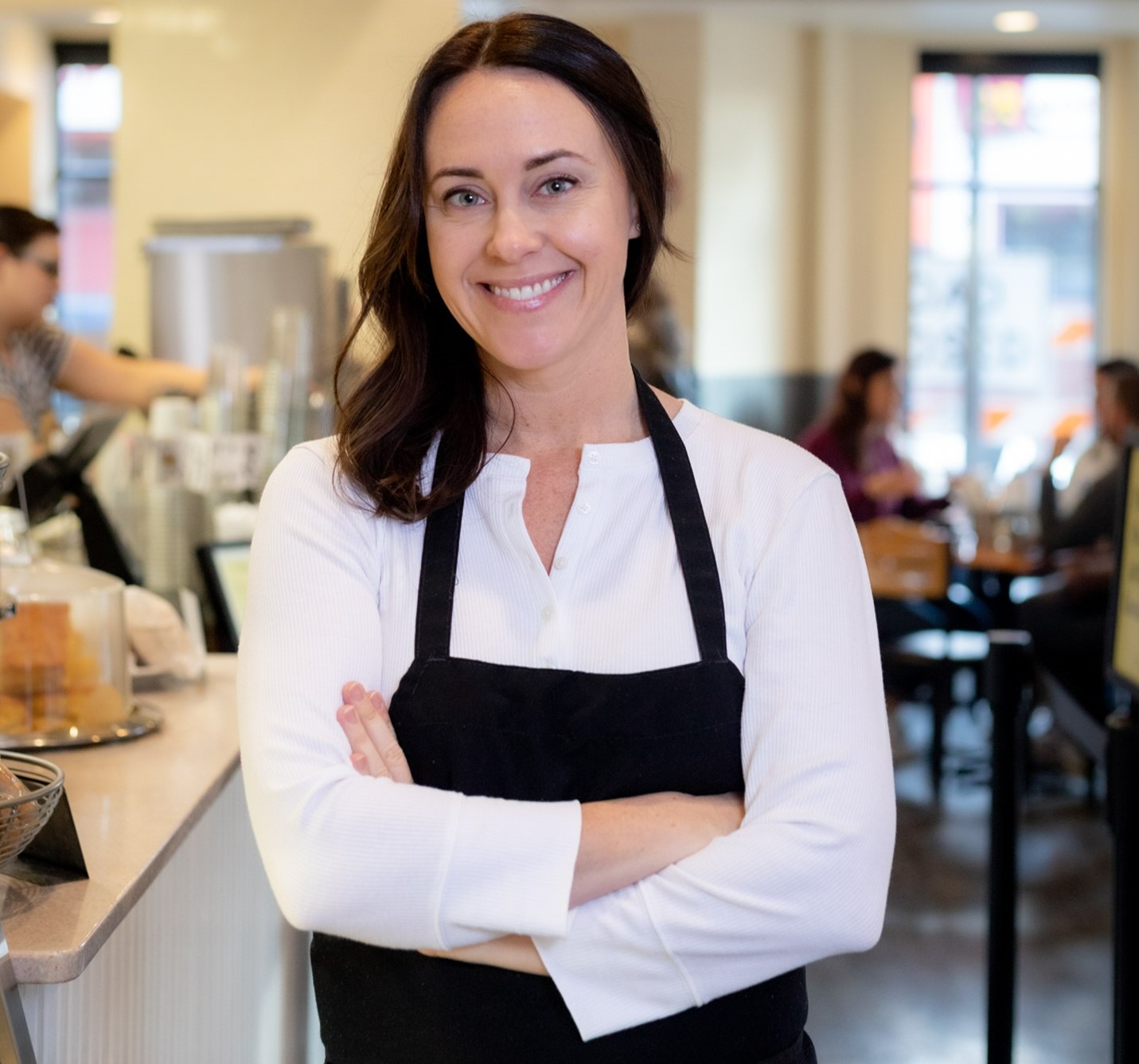 Alicia Hinze had worked in many well-known Twin Cities bakeries and wanted to open one of her own. She sought out CRF when she first opened The Buttered Tin in St. Paul, Minnesota back in 2013. During the past nine years, a lot has changed, Alicia said. “We thought we were going to be a small crew but immediately from the get-go, we had a line out the door.” What started out as a small team of ten quickly grew into a team of thirty people working at The Buttered Tin.

The immediate success of the restaurant was very exciting for Alicia; apart from the growing restaurant, they created a frozen line of pastries for guests to bake at home called The Buttered Tin Freshly Frozen. “I had the opportunity to test out frozen baked goods in house and by wholesale. It’s pretty exciting that we were able to pivot during the pandemic and create a product to go into groceries. By November we’ll have 10 different products available for purchase at Kowalski’s grocery stores.” With the success of her current location, Alicia found the opportunity to open another location of The Buttered Tin.

Initially, Alicia had always wanted to open up another location, but she couldn’t find the right time to do so. “I had always hoped that we would open more than one location. For me, life had gotten in the way. I started looking for a new location just prior to the pandemic.” The thought of expanding can be risky for some businesses, but Alicia always had faith that her restaurant would pull through.

She found the perfect opportunity to open her second location in Northeast Minneapolis right before the pandemic. “I loved the corner space right away when I first saw it. It’s so similar to the first location in Lowertown St. Paul, they both have the arts district and businesses nearby. It’s the perfect location to have breakfast or meet someone for lunch. You’re not in the thick of downtown and it’s located in a residential area.”

Alicia sought out a loan from CRF to help her open the new location. However, after securing the loan and getting started on the buildout for the new location, prices for materials skyrocketed. “The price of everything had increased since we’d received the loan. Initially we thought the build-out was going to be a certain amount, but by the time we were ready to build, everything had doubled in price.” Plans for expansion got delayed and things got back ordered because of the pandemic. Once again, she needed a loan to cover the costs, so she applied for a patient capital loan from CRF.

CRF provided her with an SBA 7(a) loan and a patient capital loan – in partnership with the City of Minneapolis – in 2021. The SBA loan proceeds helped Alicia get started on construction for the new space as well as staff, working capital, equipment, inventory, and debt.

Alicia was able to hire thirty new positions for the new location of The Buttered Tin, which opened in October 2021. Apart from the expansion with the second location, ten new products will be on the line up of The Buttered Tin Freshly Frozen and will be available for purchase at all 11 locations of Kowalski’s grocery stores. Spark Montessori is an early childhood learning center located in the Ravenswood neighborhood on Chicago’s North Side. The center opened in February of 2019 after converting a former 1880s horse stable into a school building. After only one year of operation, Spark was faced with Illinois’ statewide stay-at-home order and the cancellation of all classes beginning March 13, 2020. Founder, Sara Hruska needed to find a way to maintain connections with the teaching staff and the families within the Spark community. While Spark had embraced e-learning strategies, the school felt it needed to reduce the financial burden for families no longer able to send their children to in-person classes. However, with a reduction in tuition, Spark was faced with the prospect of being unable to pay its 10 employees. Hruska turned to the PPP loan as a life preserver, and CRF delivered the help the school needed to survive until in-person classes were able to resume.

“The people on the CRF team were true heroes at a time when we needed it most. The PPP loan was a massive relief. Not only did it help us pay our staff, but it also helped our families access educational support while maintaining this vital connection to our community. We’ve been so lucky to have such dedicated employees and families, and CRF helped us keep them so we can emerge stronger in the future.” Sara Hruska, Founder, Spark Montessori. In 2012, Anissa opened Arubah Emotional Health Services to provide a gathering place in her community where people could come and find healing through personalized and holistic treatment plans. Her mission is to enable, empower and help facilitate personal restoration by providing accessible and affordable mental health services to individuals, couples, families and groups.

Beyond her business, Anissa is a tireless advocate for accessible mental health, especially for the African American and communities with economic challenges in and around North Minneapolis. She is deeply involved in these communities through a myriad of organizations that promote healthy lifestyle choices, empower people of color, and foster community engagement.

CRF is proud to support Anissa and the work she is doing through Arubah Emotional Health Services by providing her with small business financing, which helped her purchase a building and expand in North Minneapolis.