FINCA Impact Finance (FIF) is a global network of 20 microfinance institutions and banks that provides socially responsible financial services to enable low-income individuals and communities to invest in their futures. For low-income women and men who need access to responsible and affordable financial services, FINCA Impact Finance’s network of 20 community-based banks offer finance products that empower people to take control of their financial futures. FINCA Impact Finance is leveraging the power of technology to expand financial inclusion, putting financial power in the hands of or around the corner from their customers, no matter where they live.

The FINCA International Global mission is to alleviate poverty through lasting solutions that help people build assets, create jobs, and raise their standard of living. With more than 30 years of experience and a mostly local staff of more than 10,000, FIF delivers a double bottom line of positive social impact and financial sustainability. 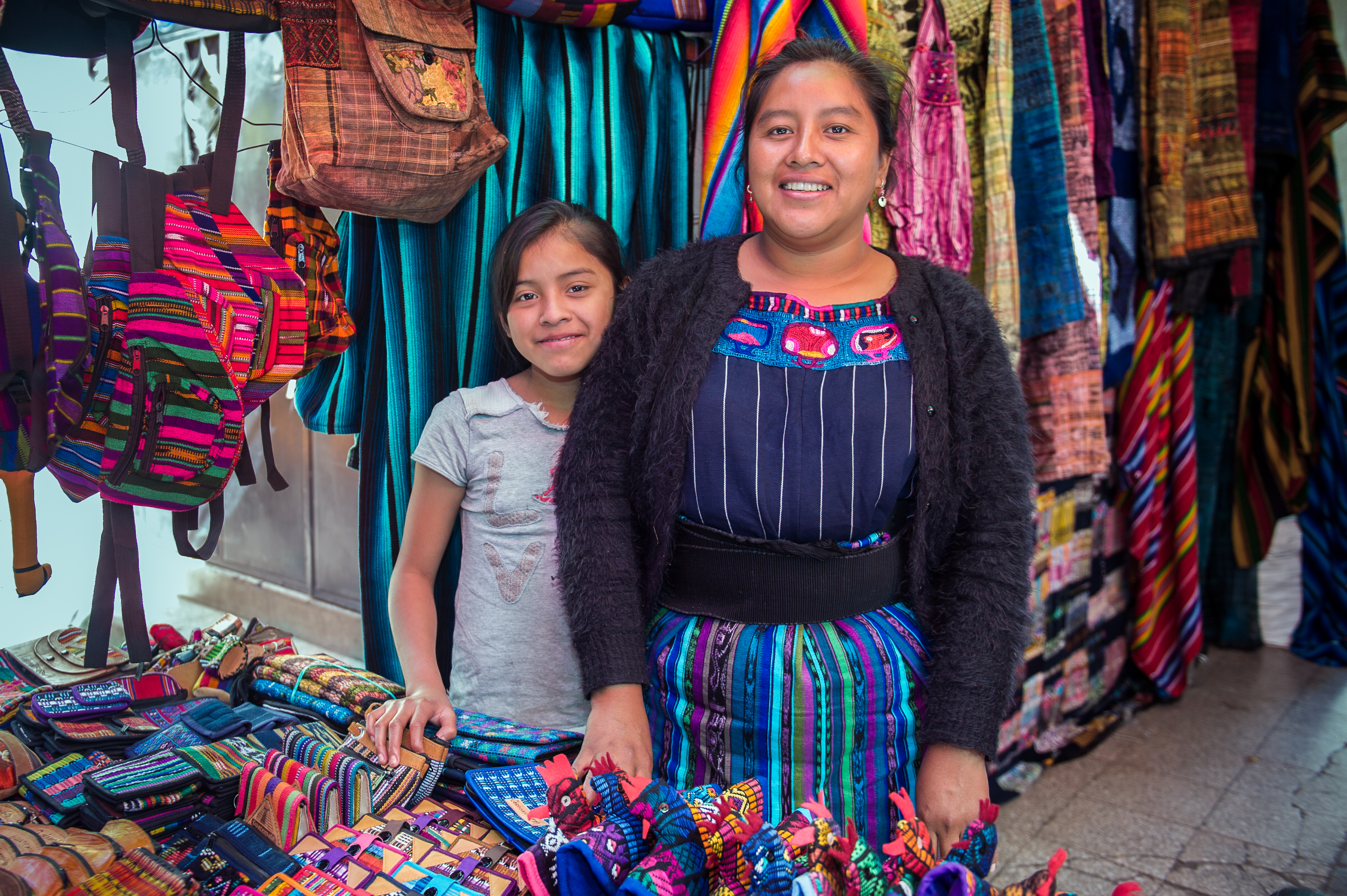 Supporting entrepreneurs to support their families

Chichicastenango, Guatemala: In 2007, Lucia Margarita Pacajoj Ticum began selling authentic Guatemalan souvenirs from a small stall at the local market. She was earning money, but it wasn’t enough to support her family.

With a loan from FINCA Impact Finance’s subsidiary in Guatemala, Lucia was able to purchase materials in bulk to grow her product line. Soon, she added backpacks, pants, and quilts to her stand, all of which were higher profit items and differentiated from here competitors’ product lines.

To support her growing market stall, Lucia hired two workers to produce large quilts and colorful backpacks. She could even afford to purchase two sewing machines – one for each of her employees. With the income her business generated, she was now able to provide her family a better quality of life. By budgeting and saving her income, she has since added electricity and running water to her home.

Starting a shop with children's futures in mind 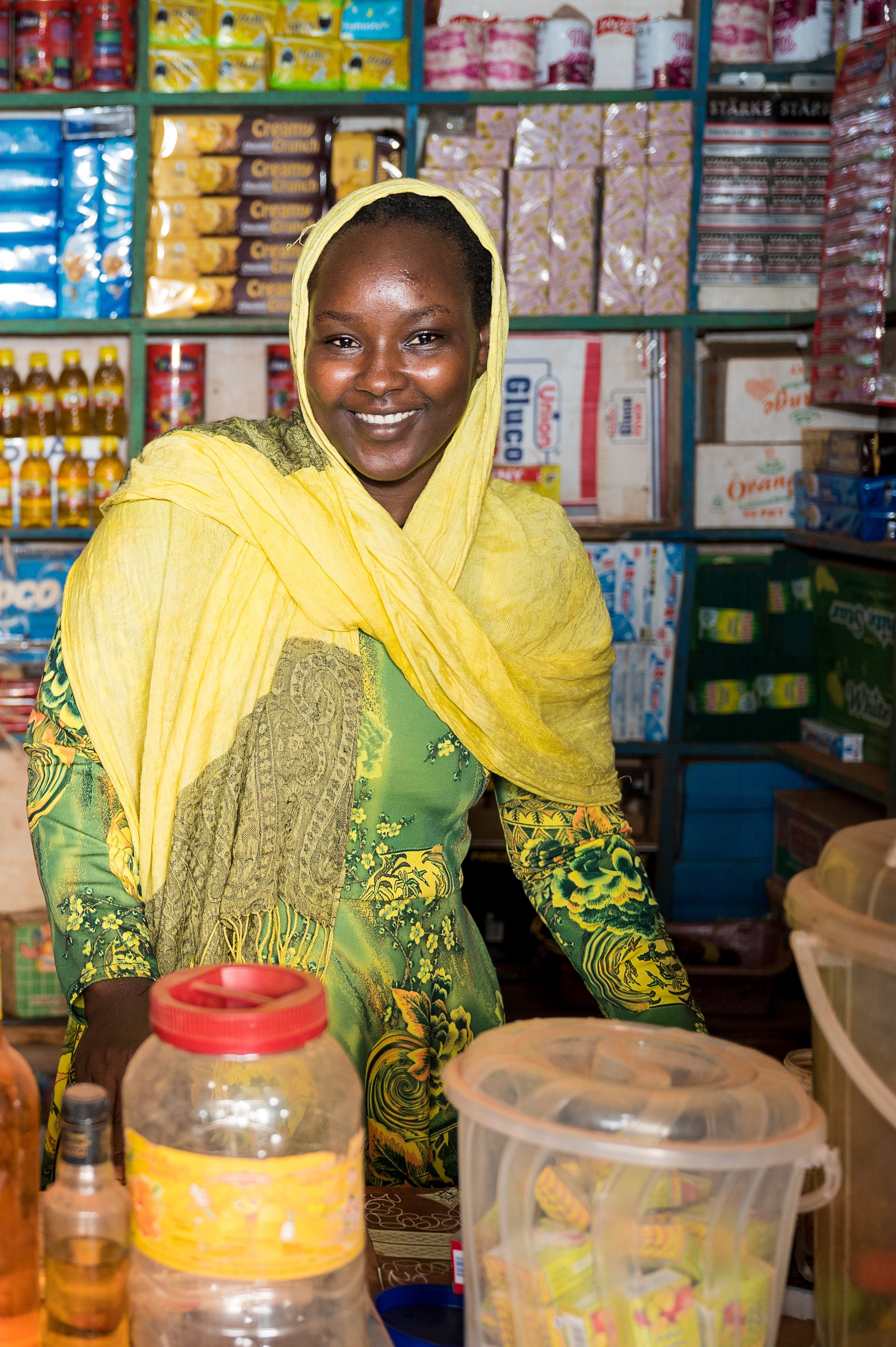 Hayat Abdul Karim Majid is from western Sudan. In 2009, she fled her family home in search of safety from the long-running War in Darfur. Hayat, her husband, and their children moved repeatedly in the ensuing years. In 2016, they arrived at the Kiryandongo refugee settlement.

In Kiryandongo, refugees like Hayat received land, shelter, and support from the government of Uganda and international aid agencies. It was an amazing opportunity, one that Hayat would not let slip away. Life in Kiryandongo was better than it had been. Hayat dreamed, however, of earning money so that her children – two boys and two girls ranging in age from five to thirteen – could have the life and education denied to her. To realize this dream, she and her husband built a small shop on the land the government gave them.

The store sells basic grocery items like milk, crackers, soap, and juice. Hayat also carries specialty items from Sudan that can remind her and her neighbors of days before the war. But her best-selling item is the perfume Hayat makes and mixes herself. Hayat is proud to be the only purveyor of perfume in the settlement.

The loans Hayat has received from FINCA have allowed her to make additional investments in the store. She bought more stock and is increasing her turn-over and her profits. She also has been able to open a small restaurant that employs three people and most recently opened a business selling charcoal.

Learn more about this impact story. Croix des Bouquets, Haiti: August Jean Soliny is a farmer and single father to four children. After the disastrous earthquake in Haiti in 2010, the water in his community became contaminated. The contamination affected his crops and August found it difficult to get fresh, clean water for his land. He lost all the money he invested in his vegetables and fruits.

Using an agricultural loan he secured through FINCA Impact Finance’s subsidiary in Haiti, August was able to plant okra, corn, and tomato seeds on his farm. With subsequent loans, August purchased more seeds in bulk to plant.

Today, August has an abundance of vegetables and fruit to sell. He also has the help of six workers, who help him harvest the produce, which he sells to merchants. With the profits from his farm, August was able to save enough money to purchase horses, donkeys, chickens and cows to rear and sell for additional income. His farming proceeds also help to support his mother, brothers, and four children who attend school. 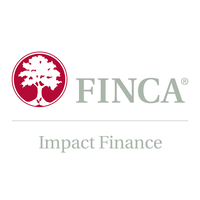 Support for Businesses and Communities: COVID-19 Resources from our Microfinance Portfolio Partners

Responding to Natural Disasters With Different Types of Capital