Founded by Nobel Peace Prize recipient Muhammad Yunus, Grameen America is a nonprofit microfinance organization dedicated to helping women who live in poverty build small businesses to create better lives for their families. The organization offers microloans, training and support to transform communities and fight poverty in the United States. Since opening in January 2008, Grameen America has invested over $2 billion in more than 141,000 low-income women entrepreneurs across the United States.

Read more about Grameen America on our blog. 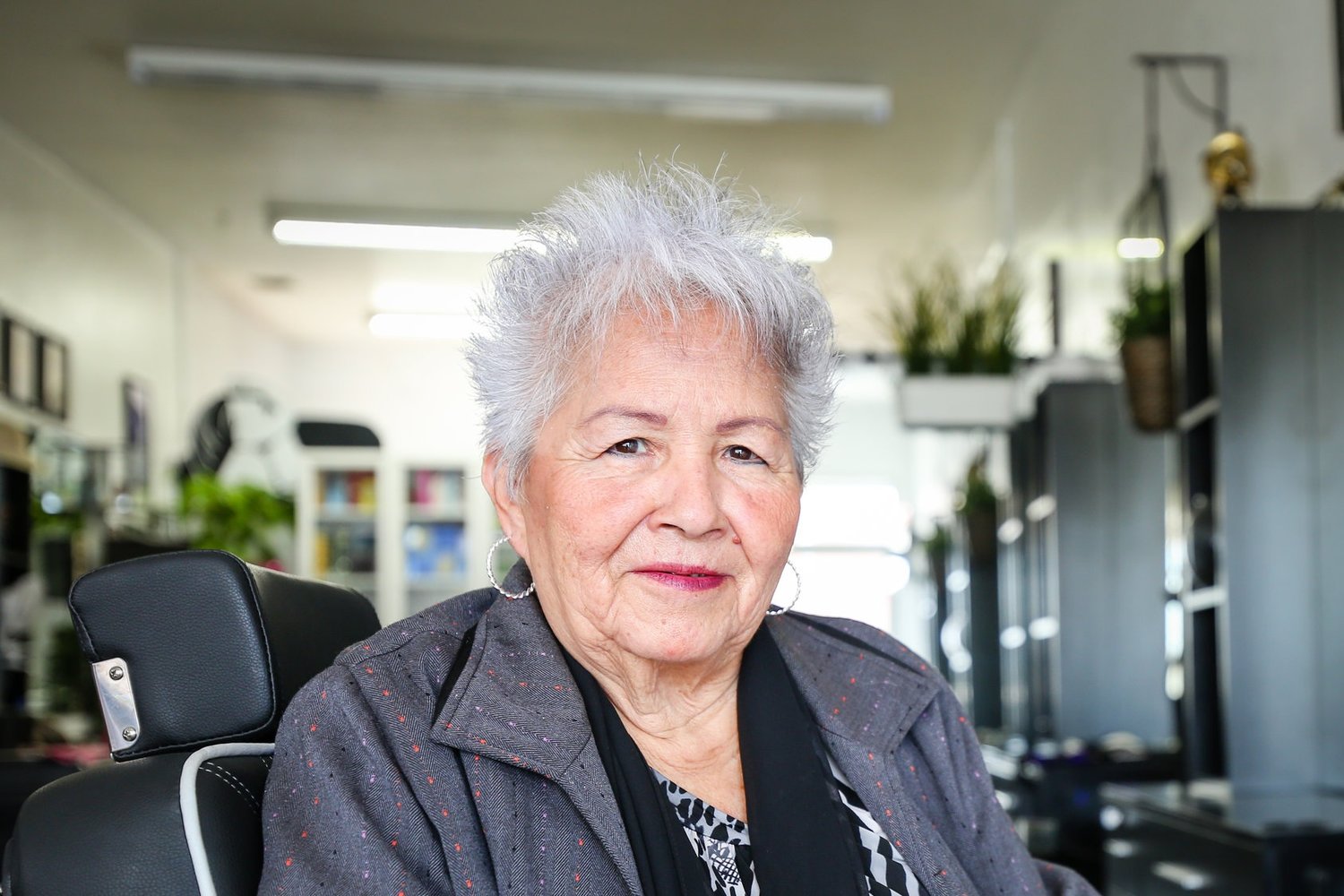 A desire to grow her business

For Maria, life has been easier since she joined Grameen America. For 22 years, she has owned her hair salon in Los Angeles. Sparked by a desire to grow her business, Maria became a member of Grameen America as a recommendation from a friend already in the program.

Initially, Maria rented space at a local salon. As her client base grew, she decided to start her own business and now has a space all to herself. Maria’s involvement in Grameen America has meant she can hire staff to diversify the services at her salon and currently has three full-time employees.

Maria used her first loan of $1,500 to invest in marketing promotions to attract more business in her community to go to her salon. With her most recent loan of $4,250, Maria completed a three-month refurbishment of her salon.

Since joining Grameen America, Maria’s credit has been positively impacted, where previously she did not have a credit score. Maria has three children, one of whom works in the salon with her. In the future, she hopes her children will take over the salon and continue to grow the business. Fifteen years ago, Matilde was struggling to support her five children through her small shoe-shining business. The bulk of her financial issues related to loans she took from payday lenders. Due to their high interest rates, she saw little of her shop’s profits herself and was under considerable stress.

In order to make ends meet, Matilde started selling homemade quesadillas from a stall outside her store. The high demand for her food spurred Matilde to refocus her shoe business towards opening a restaurant.

After a friend introduced Matilde to Grameen America, she used her first loan of $1,500 to invest in setting up her restaurant. Without the burden of payday loans, Matilde was able to increase her income by 80%, and she was no longer impacted by the stress of paying back high interest loans.

Matilde relishes the opportunity to connect with other business owners at her weekly center meetings. Now on her thirteenth loan, Matilde recently invested in three refrigerators, a grill, and a van to service catering events.

Matilde believes that Grameen America has given her the head start she needed to transform her life. Matilde is saving regularly through the support of the program and hopes to inspire her children to join her business one day. Aurora’s store is focused on horses and cavalry—she sells boots, belts, hats, clothing, and horse treads in a mall in Houston. Her most popular product is the Texan boots. Before opening the business, Aurora was tired of working hard for someone else, so she stretched her meager savings to open the store on a shoestring.

The loans from Grameen America have significantly impacted Aurora’s business. She has been able to move to a larger storefront and extend the variety of stock available at her store. Aurora's favorite part of owning her business is seeing clients happy with their purchases.

Aurora is married with two sons and two daughters, aged nine to 19. While she doesn’t employ any staff, during the busier times of service, Aurora’s family members help at the store. Her family enjoy contributing to the success of the business.

Aurora is focused on investing any profit back into her business. Aurora’s motivation to join Grameen America was to build her credit score. Now, her timely loan repayments are reported to the credit bureaus, and Aurora’s credit score has developed from credit invisible to a respectable position and will continue to grow.

Support for Businesses and Communities: COVID-19 Resources from our Microfinance Portfolio Partners