Formed in 2008, ROC USA® helps resident corporations buy their manufactured home communities from private community owners. To do this, ROC USA and its affiliates identify communities that are for sale where homeowners have a strong likelihood of success if they choose to work as a group to purchase their community. Then, ROC USA uses its network of local and regional non-profits (as well as a new in-house team for states not served by an affiliate) who have been trained and certified to assist resident corporations through the purchase process and beyond. ROC USA® Capital, a wholly owned subsidiary and Treasury-certified Community Development Financial Institution, has developed a specialized source of financing for resident corporations who wish to buy their communities. Through this process, ROC USA hopes to preserve and improve affordable communities, build assets for low- and moderate-income families and individuals, and support mutually supportive communities and leaders. ROC USA has helped hundreds of manufactured home communities in 21 states become resident-owned, preserving more than 210,000 homes as permanently affordable. In addition to delivering/leveraging more than $300 million for community purchases, the ROC USA network of communities has made more than $65 million in community improvements since 2008. On average, ROC assists a resident group purchase their community every 25 days.

Learn more about ROC USA's impact in the video below:

Read more about ROC USA on our blog. 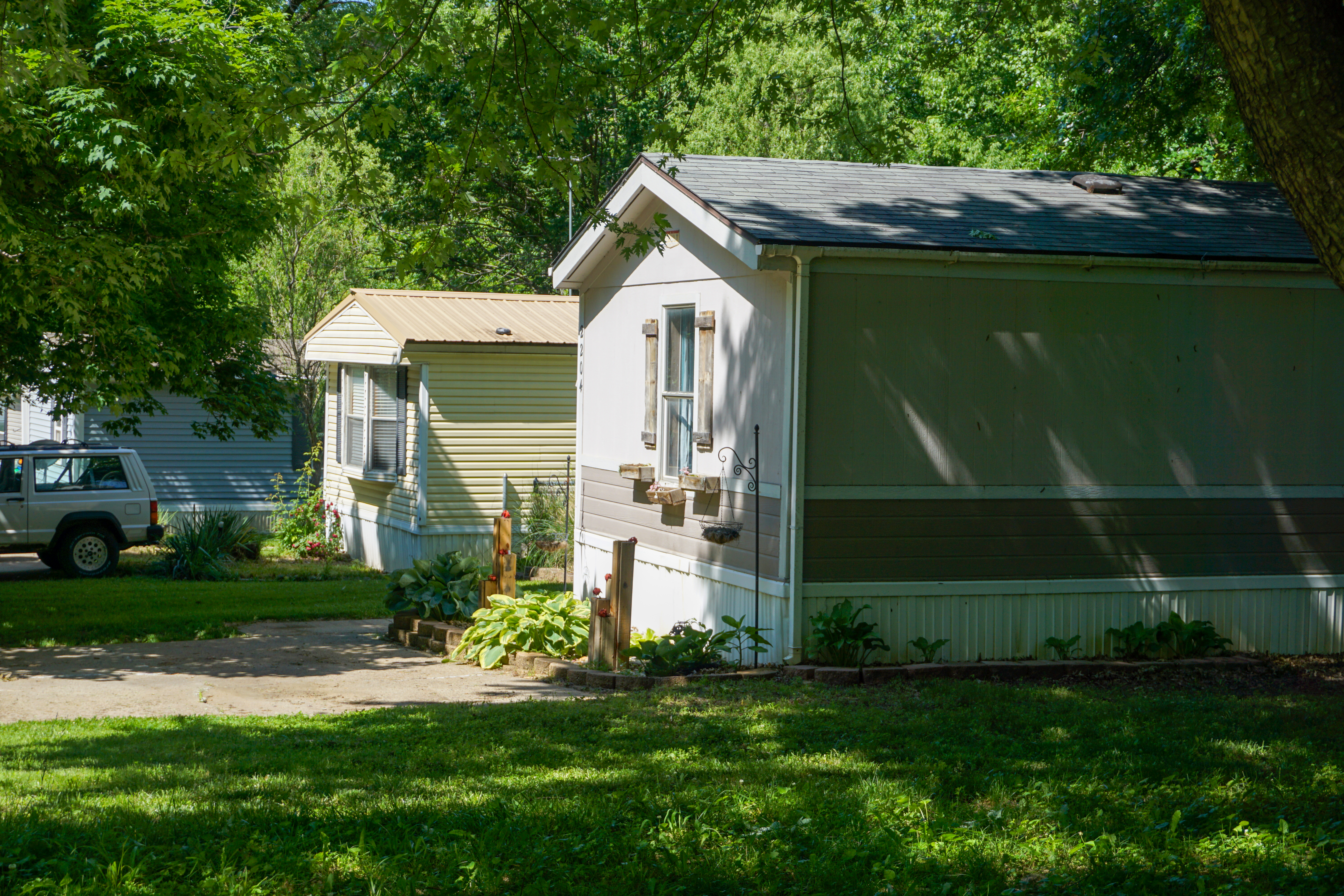 Nearly 25 years ago, Holly Waugh was homeless, living in her car. She spent many nights curled up in the backseat in a Missouri Denny’s parking lot, a safe place to sleep because the restaurant was open 24 hours a day. One night the manager pounded on her window and she thought he would make her move. What he offered her instead changed her life.

“He said ‘It’s way too cold for you out here,’” Waugh said. “He let me sleep in the corner of a conference room and said, ‘This is where you will rest every night you need somewhere to sleep.’ He let me sleep in the warmth, and eventually he gave me a job as a waitress. If it weren’t for the kindness of other people, I wouldn’t be here.”

On December 17th, residents purchased Liberty Landing Manufactured Home Community in Liberty, Mo., and Waugh, the community’s Board President, signed a $9.5 million deal that provided her and her neighbors the opportunity to own the land they live on.

And once again, she said, humanity wins.

“When I was driving to sign those papers, it hit me,” Waugh said. “The kindness of other people means everything to me. It’s humbling, and I am so grateful and blessed that the people who are selling the park to us have been gentle and kind. And I’m so thankful that ROC USA has given us a sense of security, and we don’t have to worry about the land being sold out from underneath of us anymore.”

ROC USA officials and the Liberty Landing sellers are just as excited.

“Resident ownership enters the ‘Show-Me’ state with a new team that now makes resident ownership viable nationwide, and it further validates our experience,” said Paul Bradley, President of ROC USA. “There are a lot of community owners who would like to sell to the homeowners when there is a viable and efficient pathway to resident ownership.”

When Lucy Terry and her daughter, Jessika Preston, decided to sell Liberty Landing to the residents, they knew it was the right decision. Terry’s uncle had built the community in 1976 and he and his wife had lived there, taking great pride in its residents.

“We really had a lot of skin in the game from the beginning,” Terry said. “We had other investments, but this one was something that we had really sunk our heart into. There is a lot of community involvement there.”

In 2007, Terry met Bradley. She remembers hearing him talking about residents owning their manufactured home communities.

“I thought he was Don Quixote the way he was talking,” Terry said. “I was like, how could he possibly figure out how to get residents to own the land. I was skeptical it could be pulled off.”

More than a decade later, Terry spent 30 minutes at the ROC USA booth at an industry conference, once again talking about resident ownership and told Preston, “If we ever sell Liberty Landing, we are going to sell it to our residents.”

While Terry and Preston fielded offers from big corporations to buy Liberty Landing, they didn’t take them. They wanted the residents to be able to control the lot rent, improvements made to the community and all infrastructure decisions. The only choice, they said, was for the residents to own the community.

The financing of the deal was pretty straightforward, said Kevin Porter, ROC USA Capital VP of Loan Originations. The purchase price included the mortgage and financing for infrastructure work.

The residents say they have felt the sense of community since the sale began. They have gotten to know each other and felt more united as a neighborhood.

“This process has definitely introduced me to my other neighbors,” said Kristi Peterman, Board Secretary for Liberty Landing Cooperative. “There is a difference between living in a neighborhood and living in a community. Communities are important because they are made up of all different people from all different backgrounds and races and demographics, but everyone wants to live in a safe place, a nice place and be proud of where they live. Without ROC USA, we wouldn’t have been able to create this community.”

As the buyers begin the next chapter in the future of Liberty Landing, the sellers are proud of the choice they made to sell the community to the people who are most invested in it.

“One of the reasons we wanted to sell to the residents is to help people have housing that’s not an apartment,” Preston said. “They have ownership and a yard and a community pool, and they are not in the high-income brackets. I really see ROC USA helping to change the narrative that our country is in right now with really high housing prices. They’re giving people back that ownership and allowing them to make decisions for their communities.

“The empowerment of owning and having something of your own is so important. This is people’s homes and lives on the line. This is an awesome community, and I am going to miss these people.” 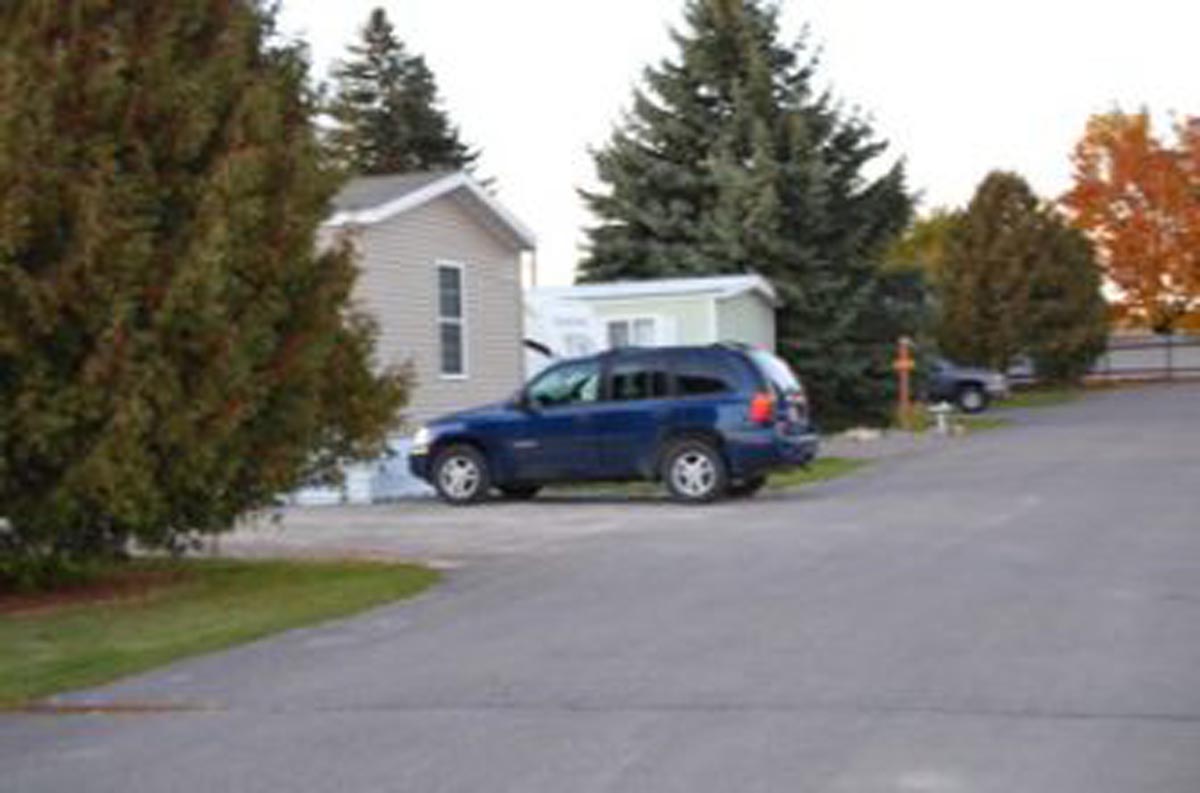 George Everett remembers seeing news coverage of a nearby manufactured home community that was sold, shut down and redeveloped, forcing the dozens of families who lived there to relocate. Many struggled to find a new neighborhood for their homes, even if they could afford to move them. That’s part of what drove him to find another solution when the time came to sell the community he owned in Kalispell – Green Acres Court. Everett had purchased the park as an investment and owned it for several years before deciding to sell. Everett said he had started preparing to sell Green Acres on the commercial market when he remembered the displaced residents. Over the years, he’d come to know some of the homeowners in Green Acres and didn’t want to see the same thing happen to his longtime customers. “They just didn’t need to be disrupted from their homes,” he said. “I’d always thought about my tenants and I thought it would be a nice thing if they could own it.” A former state legislator, Everett said he felt his tenants deserved a fair shot at staying in their community and taking it over. He worked with NeighborWorks® Montana, the ROC USA® affiliate in Montana and in August 2010 sold the 32-site community to the newly formed Green Acres Cooperative for $900,000. Colleen Preston was ready to slow down in 2010 when she moved to a mobile home park. But not long after moving into the 280-home community, word started to spread that Cranberry Village was being sold. Then a couple people heard about ROC USA. Just a few months later, Colleen was elected president of their new ROC’s board of directors. Colleen was surprised to find herself taking a leadership role in her ROC and then becoming active in the national resident ownership movement. “This is an idea whose time has come, and I love the thought of being part of something with such social significance and value,” she wrote in her bid to represent New England on the ROC Association Board of Directors. Without the help of ROC USA, she’s not sure what life would be like in Cranberry Village today. Instead of uncertainty about rent, for example, she and her neighbors decide what the rent will be and what to spend money on. Colleen was so impressed with the resident ownership movement that she applied for and landed a job with the Cooperative Development Institute. Now she’s helping other communities make the transition to resident ownership. “This mission is important because it really matters,” she said. “It’s a housing alternative that suddenly gives lower income families and seniors a real shot at controlling their own futures in a way that is not only affordable, it’s exciting.”