Sunwealth Power Inc., a public benefit corporation founded in 2014, is a developer, aggregator and owner of small-scale commercial solar installations. The company’s mission is to “facilitate collaboration between communities, developers, and investors, and support successful, high-yield commercial solar projects that provide affordable clean energy and energy savings to power recipients, support jobs and revenues for local solar developers and installers and provide strong, stable returns to [their] investors.” Sunwealth’s model helps address the financing market gap by connecting community-based solar projects with investors. They collaborate with on-the-ground developers who help identify strong projects and work with community organizations from conception through installation.

Sunwealth Power’s 2019 Solar Impact Fund will finance a portfolio of up to 10MW of small-scale commercial solar projects ranging in size from 5 kW to 1 MW and situated across a mosaic of building types, including houses of worship, schools, nonprofit organizations, commercial office building and municipal buildings.

Sunwealth seeks to build a future of energy that is “decarbonized, decentralized and democratized.” Its target market is diverse renewable energy projects that reduce greenhouse gas emissions, strengthen local resilience and bring the benefits of renewable energy to under-served communities.

Since 2015, Sunwealth has installed over 9.5 MW of solar power through 115 solar installations on rooftops and open spaces across communities in the Northeast and Mid-Atlantic region and California. The company’s portfolio will generate $16.5 million in lifetime energy savings for Sunwealth’s power purchasers, $22 million in revenues for local solar developers and installers and 328 lifetime person job years in “green jobs,” and will reduce lifetime carbon emissions by 224,000 metric tons. 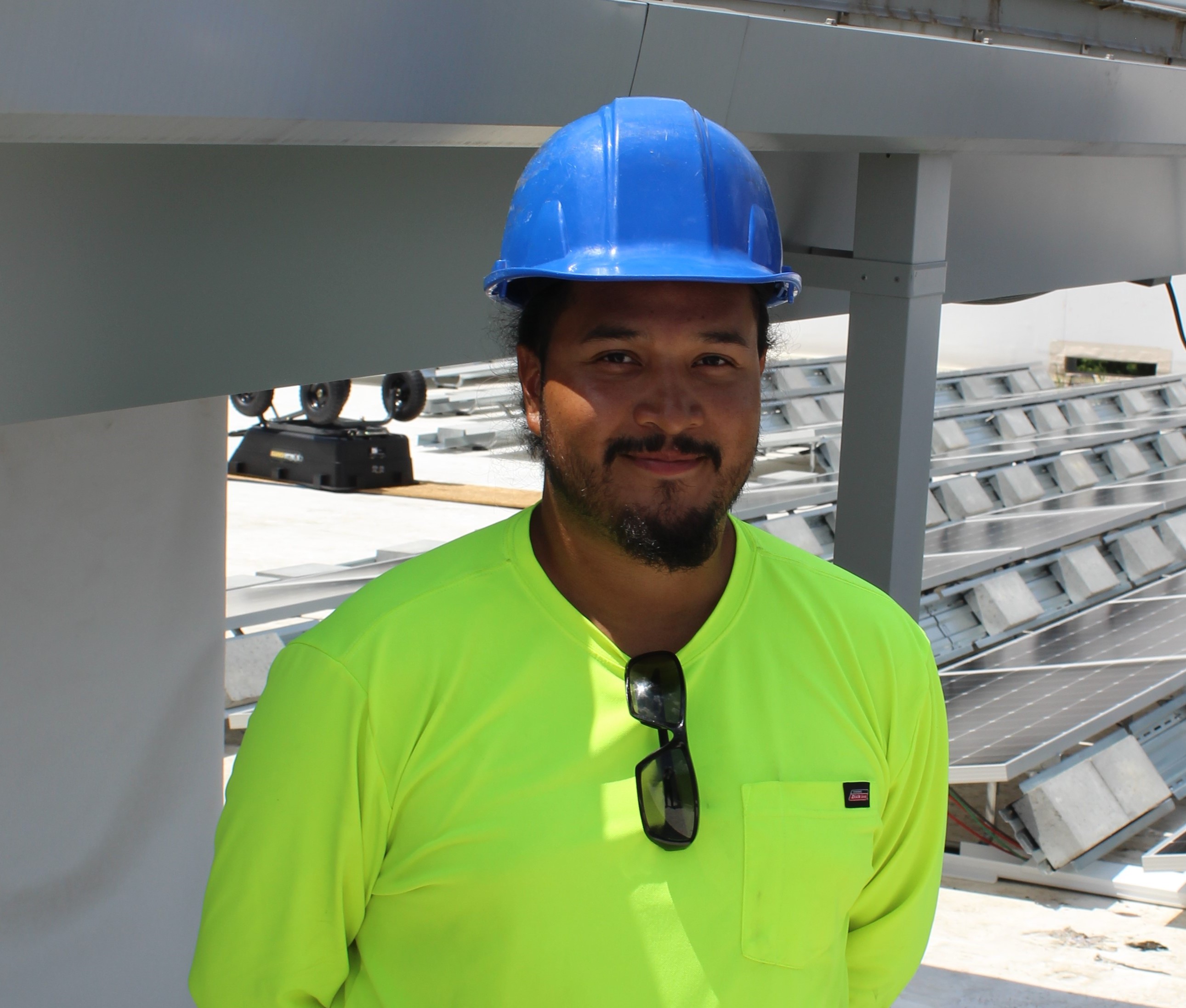 A feeling of pride

Urzua is an installation partner on the CTEC Solar/127 Energy crew working to install Sunwealth’s 220-kW solar system on the roof of the Whole Foods Market. He’s a former chef and brings the attention to detail he learned in the kitchen to his work in solar.

“When a project is finished and the solar panels all line up, it’s beautiful and something to be proud of,” said Urzua. “It’s nice to know that I was part of a project that will be there for a long time.”

Urzua is right: the solar panels he’s installing have a lifetime of thirty years. Urzua, however, will move on to the next solar installation site, where he is just one of many people taking advantage of the solar boom by joining the fastest growing occupation in America.

Solar energy for houses of worship When prompted to think of what a church looks like, most people imagine sharply pointed spires, tall steeples, and intricate sculptures. If they think of sunlight at all, it’s the image of natural light cast through ornate stained-glass windows, not modern solar panels mounted on a rooftop. However, at the St. Mary & St. George Coptic Orthodox Church in Scituate, MA, the passerby can see both.

The congregation, led by Father Pishoy Mikhail, is the latest to benefit from Sunwealth’s initiative to bring solar energy access to houses of worship across New England. The 31-kW rooftop system, installed by Boston Solar, will reduce carbon emissions by 706 metric tons and deliver $40K in energy savings over the lifetime of the project. Houses of worship are increasingly looking to respond to climate change and do their part to mitigate its impact on Earth’s most vulnerable populations. Installing solar panels can serve as a visual testament to this commitment and can influence the entire community to consider their environmental footprint and evaluate how they can make an impact.

“A principle of our religion is to be a guardian of the earth and the environment. We have to take care of the planet and the people on it,” said Father Pishoy. “Exposing the solar panels to our congregation means that people will see them and understand the positive effect they are having on the church and on our community.”

A sense of pride in their community

Whether you’re spending a day or staying for the summer, it’s clear that Cape Cod is a community of neighbors who are proud of their home. Now, residents have one more reason to feel a sense of pride in their community: their local governments have come together to lead by example in the clean energy transition.

“Our buildings are running 24 hours a day, 7 days a week, 365 days a year. Solar saves the town money and keeps the lights on,” said Philip Simonian, Fire Department Chief, Yarmouth.

But the projects mean more than just financial savings. The solar panels also help make Cape Cod more resilient, an important factor for coastal communities that are vulnerable to rising sea levels and stronger storms brought on by climate change.