VisionFund International, World Vision’s microfinance subsidiary, has been improving the lives of children in the developing world for over 18 years. By offering small loans and other financial services, clients develop successful businesses, enabling their children to grow up healthy and educated. In FY2021, VisionFund International’s network of microfinance institutions provided loans to one million clients, with nearly three-quarters of these going to women and over a third to clients actively involved in farming. Repayment rates were 97%. Also, in FY2021, 4.3 million children were positively impacted through its MFI network located across 28 countries in Africa, Asia, Eastern Europe, and Latin America. 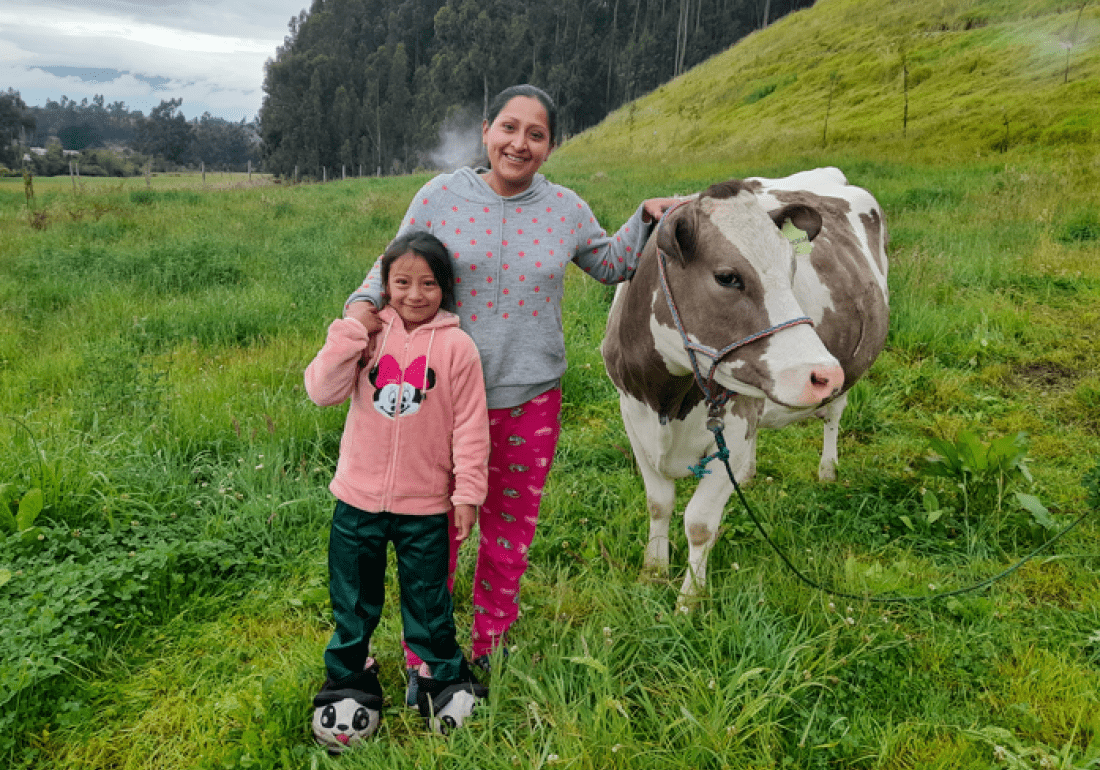 A leader, mother, employee and microentrepreneur

“Life in my adolescence was a bit sad,” says Nancy, having not had the support of her father to continue with her studies. “I only had the support of my mother. She always supported my dreams so I could study until school, but I did not have enough money to fund my university studies, which was my greatest desire, to be a professional person, have a stable job and be able to support my mother. However, in everything that I did do, my mother has always been supporting me, so now I have the pride of saying that I feel very happy that she continues to support me and my daughter.”

“Ten years ago, my mother had the opportunity to meet FODEMI (now VisionFund Ecuador) with which we formed a group with the neighbours. I was in my 20s when I took out my first loan of $500, which helped me a lot. I started buying calves to be able to fatten them and sell them and generate my own income and feed my family at my parents' house.”

“We continued to work with the group for several years in an organised way, and at the beginning other comrades participated as leaders, and I was learning from my colleagues and bringing my leadership to the surface. Now, I am the president of the group and I maintain an organised and above all punctual group. As president, my greatest desire is to continue working to continue supporting the people who need loans, since due to lack of guarantees they cannot access credit from other institutions.”

Nancy feels grateful to the institution because the profits of her business have allowed her to build her house and provide a comfortable place to live with her daughter. Her last loan allowed her to increase the number of dairy cows that she keeps and have more income with which she manages the expenses of food and education for her daughter who is in third grade. In addition to this, she had the opportunity to start working in a pharmacy, where she is now doing well. Because of her responsibleness she now has job stability. She is proud to serve in various roles as a leader, mother, employee and microentrepreneur.

“Today more than ever I thank God for life, health, my daughter, and VisionFund for giving me the opportunity to work. Currently I have been able to fulfil some dreams with a lot of effort - building my house and being able to provide an education to my daughter who is my strength to continue fighting. Together, I know that we will get ahead because I am a fighting woman. My life has really changed. I thank VisionFund Ecuador, and I believe in what they do for people. When you need them, they are there to support,” she says.

A fruitful new business venture for Doan and her family 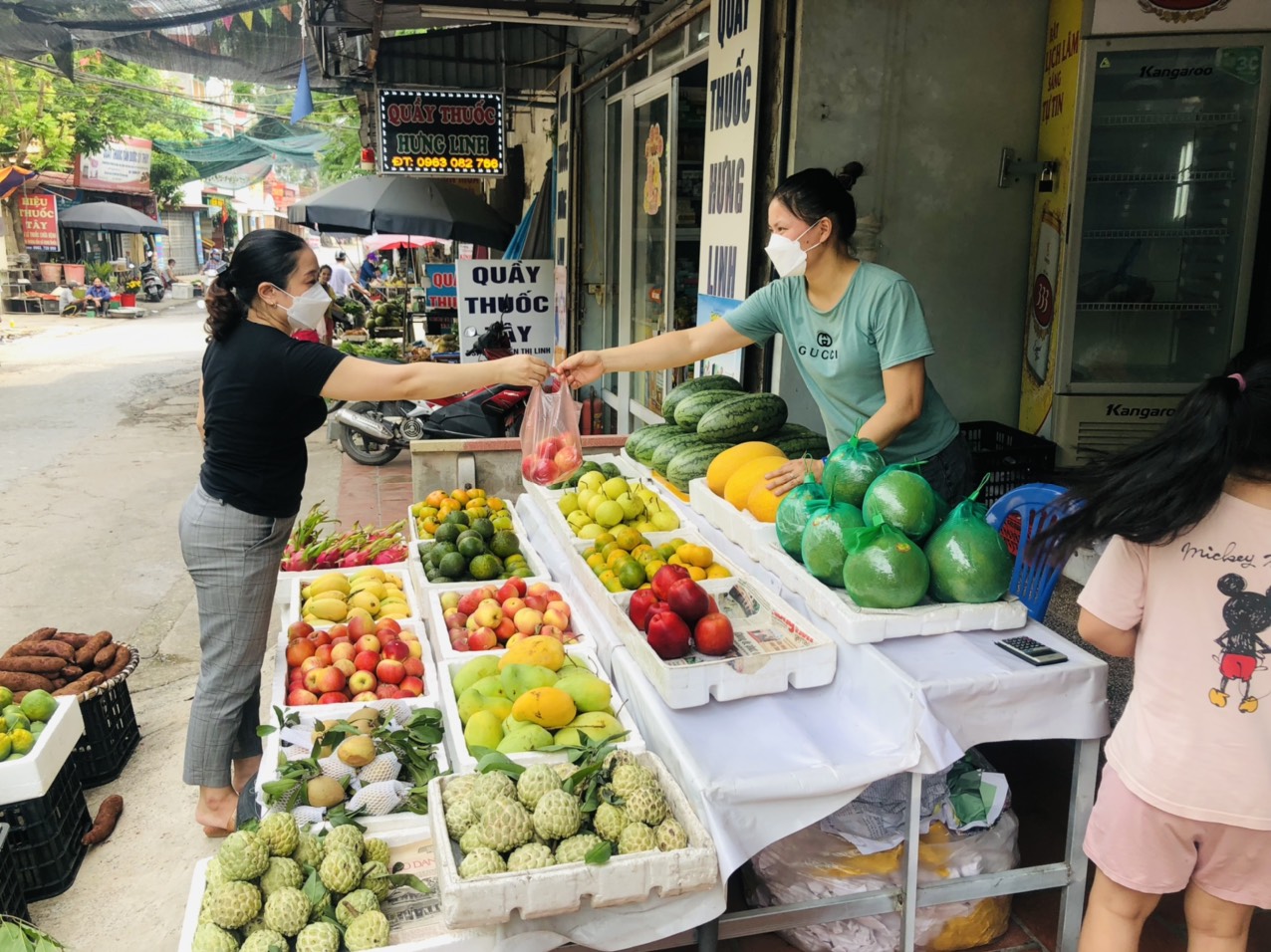 Doan has a friendly smile on her face as she stands by her colourful shop that sells fresh fruit. She tells me about her family's life, and about the difficulties and challenges that she and her husband have overcome together to get to where they are today. Doan was born and raised in Kim Dong district, Vietnam, and her childhood was spent in the cultivation fields. When she got married, she and her husband had ventured out to live separately. Their independent life began with many challenges.

"Around 2013, our economy was very tight, and all our spending depended on the little money accumulated before the wedding. After many conversations and calculations about business options, we decided to open a shop to sell clothes. But at that time, the remaining money we had was very little and I struggled not knowing where to get capital from to invest in trading,” Doan shares.

“After discussing with my husband, I took out a small loan of 10 million VND (USD 43) to open a small clothing store. Gradually, after seven rounds of borrowing, I expanded the size of the store which in turn brought me more income, thanks to which my family has improved a lot, especially my children who are receiving a full education. When the Covid pandemic broke out, my clothing store sales were slower, but last year, still supported by the microfinance program, I borrowed more investment money to import fruits to sell and generate more income,” she shares.

By knowing how to diversify her business, her economy and the lives of her family have gradually improved. As a loan officer of Kim Dong branch, when I heard her share her story, I was very happy to hear how our work was appreciated and see the impact that my work has made on her family. She is truly a great example of the spirit of honest, hard work, and the impact we aim to create through our microfinance program.

From refugee to employer: Geofrey's story 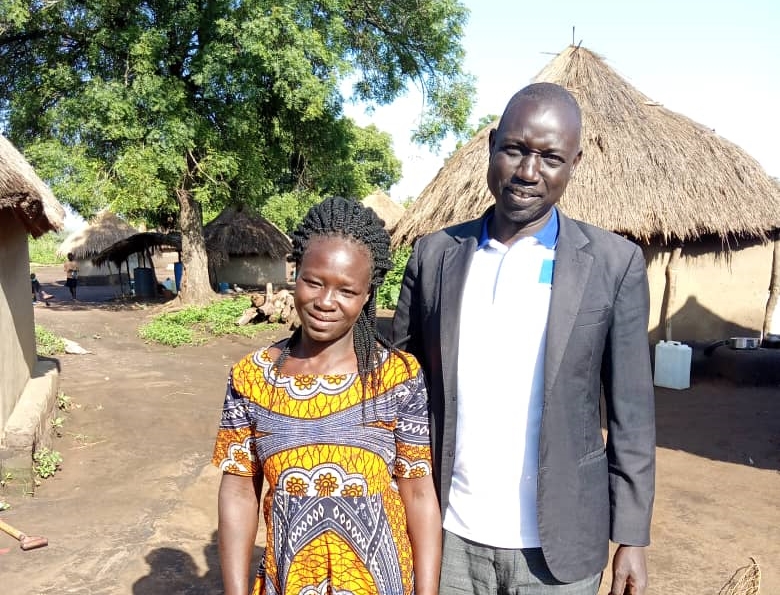 When the war broke out in South Sudan in 1997, Geofrey (43) and his wife Flora fled with their children, leaving everything they owned behind, and found themselves in Northern Uganda as refugees. There they were supported by the Ugandan government, NGOs and World Vision, and provided basic necessities. With a family of eight children to support, Geoffrey recalls that it was still not easy. “We were troubled with poor sanitation leading to sicknesses and little medication due to the pressures of many refugees entering Uganda. We did not have enough food, water, and no proper shelter, amongst other difficulties,” he says, attributing their survival to God.

Life had not been easy during the past years, but along the way, Geofrey and other refugee members thought of forming a small savings group of 30 members (comprising 10 men and 20 women) and named it Opi Okweni Savings Group. They were supported by World Vision to build strong structures within the group and provided training in 2015 on Start Your Business (SYB), bookkeeping, recordkeeping and more. All members agreed to start some small income generating activities to boost their weekly savings and the group has been growing steadily since. “We are happy that the government of Uganda gave each family some land to put up temporary shelters and also do some small farming and animal rearing,” says Geofrey and his wife Flora.

In late 2019, World Vision introduced VisionFund Uganda to many of the savings groups within the refugee settlements and Geofrey’s group was one of them. His group was well trained on financial literacy (through VisionFund’s Embedded Education programme), a step to prepare them for a FAST loan.

After the group received the loan, Geofrey was amongst the savers who benefited from the first loans given to group members.He received a loan of US$ 270 on his first cycle, which he used to take back his children to school, buy seeds for cultivation, and also purchase some animals. He paid it back on time. The group entrusted him with a new loan of US$ 405 which he has invested in expanding his business by opening up a grinding mill for maize, purchasing a motorcycle for transporting his merchandise, and also to buy more animals to boost his asset base and income.

“I greatly thank VisionFund Uganda for the financial support given to my group where I am a beneficiary. I am so excited that from being a refugee I can now employ at least three people at my grinding plant. I can ably take care of my family’s needs without any more government support, and I am also excited that most people around my zone are able to use my grinding machine and pay me some good money that adds to my income,” Geofrey says.

Geofrey and Flora hope to grow their businesses further and buy more fixed assets to boost their capital base and see all their children complete their education in better schools within Uganda.