Volunteers of America is a faith-based nonprofit organization that provides hundreds of services to disadvantaged communities, including housing assistance, healthcare, and housing. By working with veterans, seniors, homeless individuals, and those in risky situations, VOA aids across communities for a larger impact. Through hundreds of human service programs, including affordable housing and healthcare, Volunteers of America empowers 1.5 million people in over 400 communities in 46 states. As of 2018, VOA’s network of affordable housing facilities includes more than 460 properties in 42 states and Puerto Rico. Over 21,000 housing units in urban and rural communities serve the elderly, veterans, homeless, low-income families, and those with disabilities. Quality of life resident services include in-home health support, daycare programs, workforce development, addiction recovery, and other specialized comprehensive services to improve the social determinants of health. 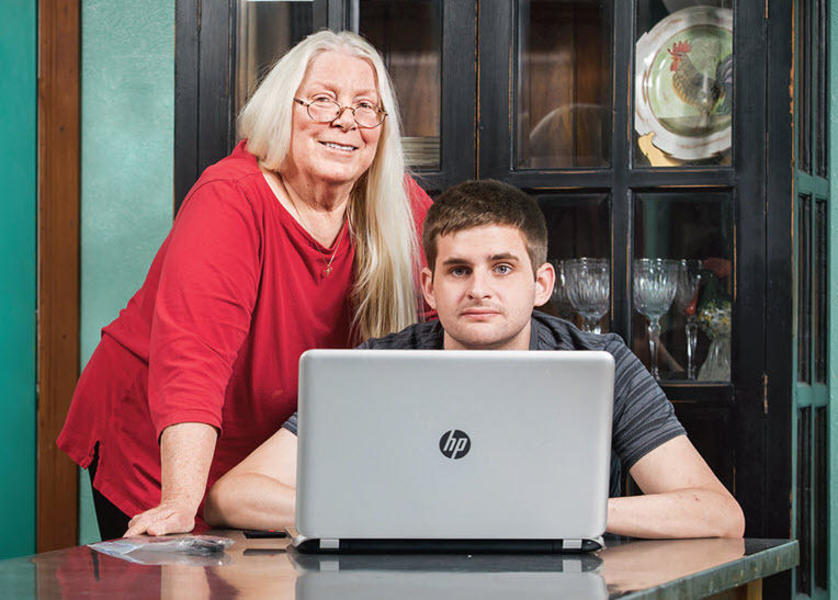 When Andrew was diagnosed with Asperger’s syndrome at age eight, people told his mom, Cindy, to “get him on the list” for an attendant to provide after-school care. Cindy chose a program through Volunteers of America Southeast Louisiana, a national faith-based organization. Even so, it was eight years before they were matched with Christy, Andrew’s personal attendant. In the meantime, Andrew’s family did their best to shelter him from life’s hardships. “I worried about him,” Cindy says. “I tended to hover a lot.” Christy saw the problem right away. “Andrew wouldn’t take a step without his mother’s permission,” she remembers. “You have to let him fail,” she told the family. “It’s the only way he’s going to learn. To be able to do things on his own.” Things began to change. Andrew would come home from school, get a snack and start on his homework. He saw that Christy really was there for him. She wouldn’t do his papers for him. But she showed him how to get organized and coached him on how to deal with frustration and difficulties. “She understood autism,” Andrew says. “It turned out she was really nice.” One step at a time, Andrew gained independence. He graduated high school and entered community college. Andrew moved into his own apartment above the family’s garage and is now working toward an associate’s degree in video game design. Christine Rowsey didn’t know how she would go on. The last three years had been hard, some of the hardest in her life, but she’d at least felt as if she was making progress toward her goal of becoming a nurse. Then she was laid off from her job as a financial risk analyst and perhaps most devastating for a native Detroiter, her car was repossessed. Christine then discovered the Volunteers of America Michigan’s “Cars Helping People” lot in Pontiac, where donated vehicles are available at fair prices for those in need, and she worked out a reasonable payment plan. There was no way she would have been able to take her classes without her own car. The Volunteers of America program made it all possible. Christine enrolled in Oakland University’s one-year licensed practical nursing (LPN) program. She took out loans and worried about how she would repay them. That’s when Christine found out about another Volunteers of America Michigan program, the Health Profession Opportunity Grants. She applied and was accepted. Christine was also able to link up with Rene DeLoach, a health profession employment specialist for Volunteers of America, who guided her and gave her support while she completed her coursework, earned her license and applied for jobs. “Nursing school was the hardest thing I’ve ever done, and Volunteers of America helped me through it,” Christine said. “They helped me rewrite my life, the way I wanted it to be written.” The reference desk staff at Baton Rouge, Louisiana’s public libraries pride themselves on answering their patrons’ questions. Then came the catastrophic flooding of 2016. Suddenly the questions became more urgent. Some visitors needed much more than what the library’s reference sources could give them. They needed someone who could spend more time with them, counsel them on whom to call for assistance and what documents and information they’d need. The library turned to Volunteers of America Greater Baton Rouge (VOAGBR), a faith-based nonprofit it had worked with in the past. At VOAGBR, they’re all about addressing the very concerns people were asking about—assistance with affordable housing, a drop-in center for the homeless, therapists who work with families in crisis, programs for seniors and veterans. A 90-day pilot program was launched in the spring of 2017. Three evenings a week, VOAGBR would send caseworkers to three library branches. In its first six months at the library branches, Volunteers of America Greater Baton Rouge helped 248 people it might not have otherwise reached. The pilot program was so successful that it was renewed for an entire year. There are a lot of books in Baton Rouge’s libraries—full of information, guidance, wisdom and entertainment—but the help that Volunteers of America Greater Baton Rouge offers might be the most impactful service available there.