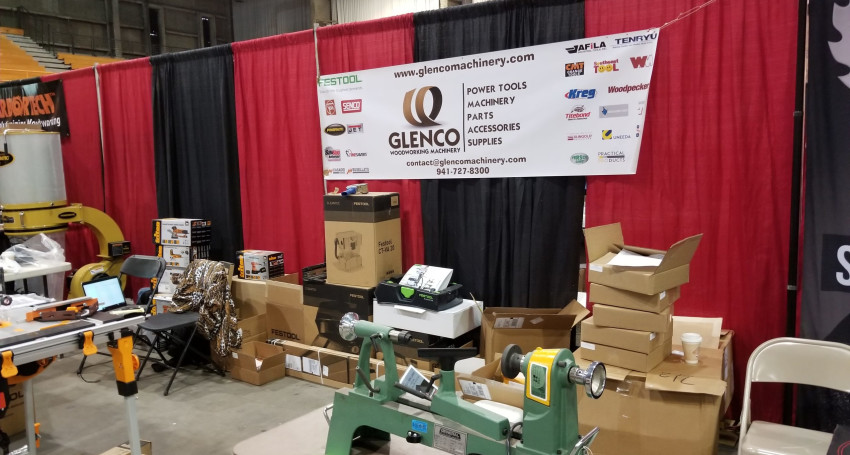 For Glenco Woodworking Machinery, a small business based on Sarasota, FL, a PPP loan from our borrower CRF was a lifeline for survival, not only for owners Dana and Vlad Moise, but for the company's customers throughout the country

When the PPP loan was announced by Congress, many businesses – particularly those owned by women and people of color – found themselves shut out of the process due to a lack of information and access to the program through traditional financial institutions.

Our borrower, Community Reinvestment Fund, USA (CRF), sought to do something about it. Founded in 1988, CRF is a national nonprofit organization with a mission to empower people to improve their lives and strengthen their communities through innovative financial solutions. As a leading Community Development Financial Institution (CDFI), CRF supports mission-driven organizations through the development of products and services aimed at increasing the flow of capital to historically underinvested communities across the country. Using their established network of CDFIs and community partners, their financial technology solutions, and expertise in deploying capital to underrepresented small businesses, CRF created a process designed to speed access to PPP capital for community-based, women- and minority-owned small businesses and nonprofit organizations.

With these technology tools, partnerships, and community outreach strategies in place, CRF and its partners enabled a digital PPP application process that eliminated the need for face-to-face contact during the pandemic. Businesses owned by Black people, indigenous people and people of color – as well as nonprofits serving communities where these businesses operate – were encouraged to apply for PPP funds and used CRF's technology solutions to submit and track their PPP applications.

CRF and its partners were able to provide PPP loans to 2,429 businesses totaling $519 million, much of the funding going to nonprofit organizations and businesses making an outsized impact on their communities. Learn more about three of these organizations below.

The Greening of Detroit

Founded in 1989, The Greening of Detroit is a local nonprofit organization dedicated to restoring Detroit's majestic canopy of trees, which were displaced by urbanization, Dutch Elm disease, and neglect for more than 50 years.

Executive Director Lionel Bradford, who joined the organization in 2002, came to Detroit to put his experience and education in urban forestry to work for the benefit of the community. The organization does more than plant trees (more than 140,000 of them since the organization's founding).

The Greening of Detroit is also a major contributor to job training and job growth in the city, employing an average of 200 high school students each summer and training more than 700 adults since 2010 in tree care, landscape services and stormwater management.

The organization also works with more than 3,000 volunteers annually to help plant and maintain thousands of trees each year. It's this activity that was especially impacted by the COVID-19 pandemic, as shovels and boots gave way to virtual trainings. The organization still had thousands of trees to plant and had to incur extra expenses to do so without its dedicated volunteers.

The Greening of Detroit received its first PPP from CRF in May 2020 after experiencing a backlog of applications at their bank. Bradford found CRF after hearing a radio news story about how Detroit Mayor Mike Duggan would be working with CRF to help Detroiters get PPP loans. After completing the online application and speaking with CRF, according to Bradford, it was a smooth and fast process.

Then, when second-round funding became available, Bradford went straight to CRF and received a second draw loan for continued payroll support. Again, the process was easy and even faster than the first round.

With a wide-ranging mission that goes beyond tree planting, The Greening of Detroit will continue to provide its full range of services and inspire measurable social and economic impact through both direct action and supportive services in the community. Without PPP, this 30-year-old organization may not have survived to see its urban forests flourish well into the next decade and beyond.

"When we first found CRF and realized we would be able to get a PPP loan, it was beautiful. I can't say enough about how much I appreciate the team at CRF and the help they gave us. We've been around a long time and may have had to lay off people, if not close, had we not been able to get a PPP loan. Thank you, CRF," says Lionel Bradford.

Emily Haupert is a natural mother and has always loved young children. As her own children grew, Haupert's maternal instinct did not fade. She started Bouncing Beans In-Home Day Care in Lonsdale, Minnesota as a way to give young children ages 0-4 a safe and healthy place to grow.

When COVID-19 hit, Haupert lost half of her families. Most were out of work or working from home, so day care was not a priority. Others simply could not afford to pay for childcare; rent, groceries and utilities came first. Emotionally, Haupert was devastated. Not for her own livelihood, but for the children she cares for and the families that rely on her. Haupert needed to figure out how to bring Bouncing Beans through the pandemic so her mission of helping children and families could continue.

After her mother, a business owner in Ohio, told Haupert about the PPP loan, she didn't immediately think she would qualify. But after talking with CRF and applying for the loan, Haupert became more confident that Bouncing Beans would make it.

With a PPP loan to pay overhead expenses and ensure Haupert could continue to meet her household expenses, Bouncing Beans re-opened with five kids (down from 10 prior to the pandemic). Haupert believes that families will return once parents return to work. She conducts frequent video calls with children who are still staying home so she can assure them that they will be able to go back to school soon.

"I was very sad when we shut down. I understood what our families were going through, but I felt like we wouldn't be able to help them the way we were used to helping. Because of the PPP loan, I know I will be able to welcome all of our families back with open arms," said Emily Haupert.

For the smallest businesses in the US, particularly those providing essential goods, the COVID-19 pandemic has been especially difficult to navigate. For Glenco Woodworking Machinery in Sarasota, FL, getting a PPP loan was a lifeline for survival, not only for owners Dana and Vlad Moise, but for the company's customers throughout the country.

Glenco is a distributor of heavy machinery, hand tools and accessories for the construction industry, woodworking manufacturers and woodworking hobbyists. With just three employees – including the owners – the company serves a wide area and works with many startup businesses that provide finished wood products, such as cabinetry, flooring and millwork.

The company's dedication to its customers made the economic impact of COVID-19 even more acute. Other small businesses – and their employees – depend on Glenco for their livelihoods. An entire community of makers needed to know they could count on Glenco to help. A PPP loan was the only way the company could keep its key sales and prospect contacts connected and continue to provide its essential products and consulting services to other small businesses.

From garage shops to industrial warehouses, Glenco knows that its products and services benefit the entire small business ecosystem. Its own survival was critical to the small business success of so many others.

"CRF called us very quickly when we applied for the PPP loan. We thought we would miss out, but CRF bent over backwards for our business. Without that dedication, we wouldn't have been able to continue serving the makers of our community who rely on us," Dana Moise, Owner of Glenco.

The above impact stories were originally published on CRF's website and are featured here with CRF's permission. Learn more about CRF and our other borrowers in our Portfolio List.