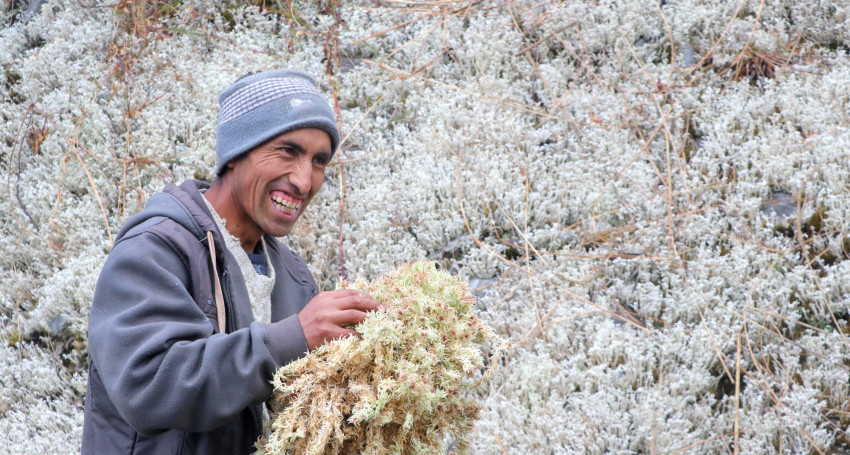 Our borrower, MCE Social Capital (MCE), is a nonprofit impact investing firm that aims to generate economic opportunities for women and families living in poverty in the developing world. MCE deploys capital to small and growing businesses in sectors such as agriculture, water and sanitation, and renewable energy, as well as to microfinance institutions. The following blog highlights the impact of two of MCE’s innovative borrowers in Central and South America.

The region surrounding Volcán Masaya in western Nicaragua is dominated by pitahaya, also known as the “dragon fruit.” Pitahaya is a primary source of income for many of the region’s smallholder farmers. To sell pitahaya locally, farmers must either wake up before sunrise to transport their pitahaya to market or accept the quantity and price of the local traders that pass through their village. This can make the task of selling pitahaya difficult and unreliable.

As global demand for pitahaya has surged over the past decade, one company has been working to create a better alternative for pitahaya farmers-- Sol Organica, S.A., a certified B-Corporation in Nicaragua, sources, processes, and exports tropical fruits. The organization works closely with smallholder farmers to improve agricultural practices, secure organic and fair-trade certifications, and enter fixed contracts that guarantee the purchase of their crops at prevailing market prices. Sol Organica’s model boosts the volume of fruits purchased from smallholder farmers throughout Nicaragua.

Margarita de los Ángeles López Polanco is one of those farmers. A mother of four and grandmother of five, Margarita grows pitahaya, pineapple, and lemon. In 2014, when other farmers in her community told her about Sol Organica, Margarita saw an opportunity and signed her first contract with the organization. Agronomists from Burke Agro, the independent agricultural development branch of Sol Organica, visited Margarita and her family to provide suggestions and train them on the best organic practices to improve yield. Margarita says these interactions have improved her knowledge as a farmer.

“Our lives have absolutely improved since beginning with Burke Agro. We produce more pitahaya than before, so we have higher income as a family. We’ve made improvements to the house, we have the medicine we need when someone gets sick, and all of the children go to school. We are doing well.” While Sol Organica helps Nicaraguan farmers cultivate a crop they have depended on for generations, another one of MCE’s borrowers shares knowledge of a valuable plant with communities in the Peruvian Andes.

Inka Moss S.A.C., a social enterprise founded in 2008, works with remote communities to source, process, and export moss that grows naturally in the region. The company incorporates members of these communities as suppliers in its value chain, providing technical assistance and education to ensure sustainable harvesting practices. With the additional source of income, communities can catalyze development and improve livelihoods.

Inka Moss approached Artemio Tello, the president of a community called Pusacpampa, at a fortuitous moment. Two years before, Artemio ran for president with the promise of making economic improvements in the community. Families in Pusacpampa are reliant on growing and harvesting potatoes, as it is one of the few crops that grow reliably in the high-altitude climate. Unfortunately, fluctuations in market price and yield have led to economic struggle for many families in the community.

As president, Artemio manages and implements various community development projects, such as making improvements to the roads and other infrastructure throughout the community. But Artemio recognizes that they can only do so much with Pusacpampa’s limited resources. “To do this, we would need to find companies that could bring more economic opportunities and employment.” Artemio did not know about the value of the local moss before being approached by Inka Moss in March 2019, but it didn’t take much convincing for him to realize that it was an unmistakable opportunity for his community. Today, Artemio and more than thirty other members of Pusacpampa are learning from Inka Moss how to identify and harvest moss sustainably. The company visits the community frequently to ensure that its members are fully trained and can harvest high-quality moss without depleting the natural resource. At the time that Artemio was interviewed in July 2019, Inka Moss was just weeks away from obtaining official authorization from the regional government to begin collecting moss from Pusacpampa. MCE Social Capital’s partnerships with both Inka Moss and Sol Organica have had considerable impact on the regions that they serve. In 2018, the harvesters in Inka Moss’ network made an average of US$309 for the bags of moss sold, and sales were split among harvesters, community funds, and drivers who transport the moss. To date, Inka Moss has incorporated 26 communities into its value chain network, positively impacting the lives of more than 9,000 people. Since Inka Moss was founded in 2009, the company has trained over 1,500 harvesters, two-thirds of whom are women. In 2019, Inka Moss sourced from 545 harvesters across 33 indigenous communities and employed 27 individuals.

Meanwhile, the number of registered farmers in Sol Organica’s network has more than doubled over the past three years. The company now has a network of more than 1,200 farmers, 27% of whom are women. In 2019, the price that Sol Organica’s farmers received for pitahaya averaged 17% above the local market price (24%, when including a premium that farmers receive at the end of the year if they sold enough pitahaya to the company).

About MCE Social Capital: MCE Social Capital (MCE) is a nonprofit impact investing firm that uses a pioneering loan guarantee model to generate economic opportunities for women and families living in poverty throughout the developing world. MCE borrows capital from U.S. and European financial institutions and accredited investors and strategically invests in two types of organizations: Microfinance Institutions (MFIs) and Small and Growing Businesses (SGBs) in the agriculture value chain, water & sanitation, and renewable energy sectors. Since 2006, MCE has disbursed more than $217 million, as of June 2020, to over 130 institutions across 55 countries. MCE’s portfolio has directly impacted more than 9 million individuals as of 2019, 74% of whom are women and 62% are rural. Learn more about MCE Social Capital and our other borrowers in our Portfolio List.