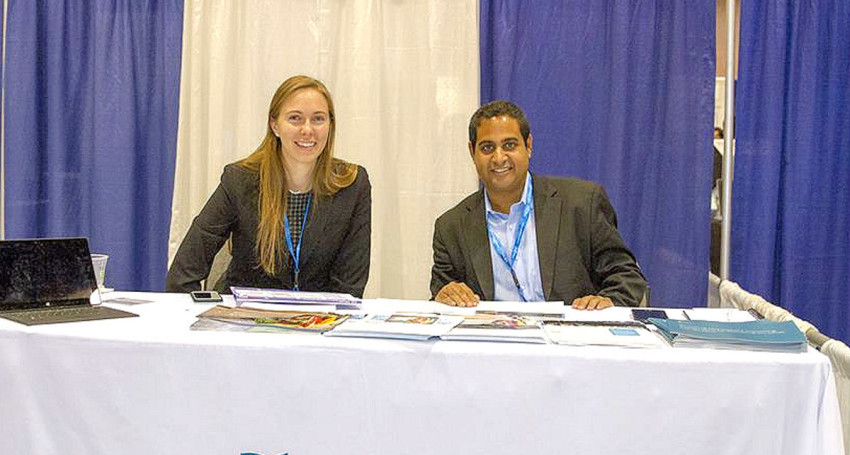 There are nearly four million Indian Americans in the U.S. today, and they are increasingly becoming active in the development of Indian society. At the recent annual conference of The Indus Entrepreneurs, or TiECON 2015, several hundred attendees visited the Calvert Foundation booth to learn about impact investing and the India Investment Initiative (III).

TiECON 2015 has been, for many years, the leading event of the Indian American business community. According to Bloomberg, nearly 15% of Silicon Valley startup companies have an Indian-American as a co-founder. TiECON annually attracts over 4,000 entrepreneurs, investors and Silicon Valley thinkers, including such keynote speakers as Cisco's John Chambers and Hewlett Packard's Meg Whitman.

In recent years, a growing number of startups at TiECON are focused on serving customers at the base of the pyramid – those living on $1.25 a day or less. TiE, its parent organization, has even launched a track on social enterprise in parallel to tracks on Web 2.0, life sciences and clean tech. And given its connections to South Asia, TiECON is full of people looking at impact investments and social enterprise in India, and frustrated by some of the barriers to engaging in it.

Our India Investment Initiative simultaneously addresses the two needs expressed by TiECON attendees: an investment opportunity focused on social impact in India, and one that does not require accredited investor status or an Indian bank account. Through the Community Investment Note, investors can invest in India for as little as $20 online, directly from Calvert Foundation, or through a brokerage account.

IDII was announced by President Obama and Prime Minister Modi in January 2015 in New Delhi, and will be officially launched in fall 2015.

For the first time, Indian Americans, and Americans more broadly, have a chance to invest in India's social enterprises and small businesses driving change across the country.

At TiECON, this opportunity excited the hundreds of delegates who stopped by our booth. Many were entrepreneurs themselves, and were keen to invest to support sectors like rural health care, public education, agricultural productivity and clean energy. Many were investors who were looking for companies they could invest in or learn about. And many were simply concerned citizens who now live in the United States but remain interested in India's development. They were all eager to see how III develops to address their areas of interest.

This fall, Calvert Foundation will formally launch III. In the meantime, we plan to host webinars and events to education Americans about the impact investment space and social entrepreneurs in India. We look forward to working with Americans of all backgrounds to grow the movement and create impact in India.