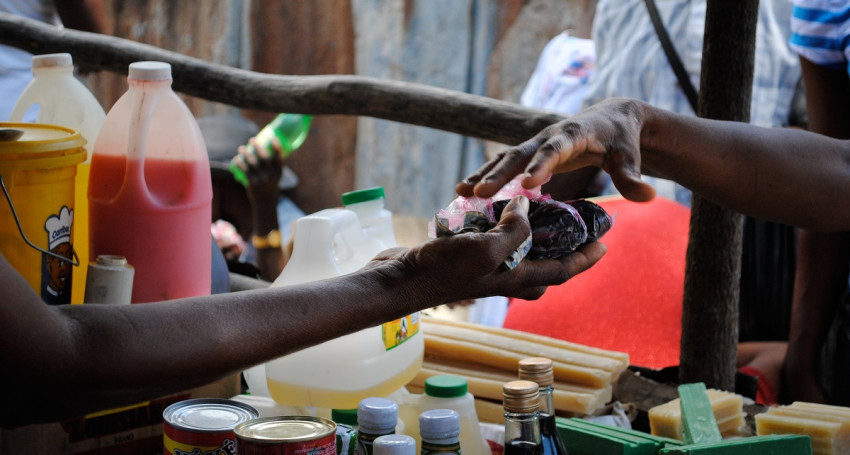 I joined the Calvert Foundation investments team in 2012 to manage our microfinance portfolio. Given how long it took me to sort out all the different players, I thought I’d try to make it easier for other microfinance newcomers by writing a series of blogs on the industry and its component parts.

This blog series will attempt to answer some of the common questions about microfinance using examples from our portfolio, but it won’t include a lot of beneficiary stories. If you are more seasoned in microfinance, read our microfinance sector profile and Impact Report. For deeper information on the topics in this post check out the Microfinance Gateway.

What is a microfinance institution?

An estimated 2 billion people globally lack access to basic financial services, according to the World Bank. At a basic level, I would define a microfinance institution (MFI) as a financial institution that provides small loans to people who otherwise wouldn’t have access to credit. The definition of “small loans” depends on the geographic context. India defines microfinance as loans less than 1 lakh which is about $1,500 today while the US SBA defines microloans as loans less than $50,000. It’s important to remember that there is no globally defined amount. India and the US are the only countries that even have defined limits (as far as I know). In this blog, I’ll be focusing on international microfinance, i.e. outside the US.

Why do MFIs charge such high interest rates?

The small size of the loans is directly related to the high interest rates that MFIs tend to charge. You might expect MFIs to charge low interest rates because they serve poorer segments of the population, but in fact the opposite is true. To serve the base of the pyramid, you need to provide small loan amounts, and small loan amounts are much more expensive to provide operationally than large loan amounts. If an MFI wants to be self-sustainable--meaning not dependent on grants--they need to charge a high enough interest rate to cover their costs.

Should all MFIs scale?

Another ongoing debate is around the commercialization of microfinance. Take for example Kompanion in Kyrgyzstan and Fonkoze in Haiti, both in our portfolio. Both MFIs operate in very poor, small countries. The combined GDP of both countries is less than ½ of Vermont, the smallest state in the US.

Kompanion has scaled using only commercially-oriented debt and equity (from SRI lenders), while Fonkoze still receives grants/donor funding. This is also reflected by the relationship each MFI has with its US non-profit shareholder. Kompanion may be a potential source of income for its founder, Mercy Corps, by paying future dividends. On the other hand, Fonkoze US is primarily a source of capital and aggregates both social investments and some donations that are used to support Fonkoze operations in Haiti until they are able to make the transition to being completely self-sufficient. These differences are partially reflected in their respective balance sheet sizes of $80mm and $20mm, respectively.

It’s clear that scaling up requires commercial capital. To attract that capital you need to be self-sufficient, and it is difficult to be self-sufficient in challenging operating environments or if you provide many non-income earning services to clients. While Kompanion and Fonkoze are at different points along the social/commercial spectrum, I consider both to be part of the investable MFI universe of around 500 MFIs globally. According to responsAbility, there are an estimated 10,000 additional MFIs that probably don’t have the operations, structures or processes required to take and repay a commercial loan from an international investor.

An MFI scale model in Kyrgyzstan (with an interest rate example)

Kyrgyzstan is a small, landlocked, mountainous country in Central Asia. With a population of 5 million (estimated 1 million working in Russia), they gained their independence from the Soviet Union in 1991. I was there from 2009-2012 and in 2010 there was a revolution, their second since independence. This is a good example of the type of headline risk that scares off traditional investors. While many people were directly affected, the longer-term impact was more political than economic. The resulting turmoil caused the largest commercial bank in the country to shut down because of its political connections but in the end no MFI defaulted on any of their international loan obligations. While originally founded with grant capital, today Kompanion completely funds itself through commercial sources: equity, debt, deposits, and retained earnings. With a loan portfolio of nearly $70mm they are the 3rd largest MFI in Kyrgyzstan after Bai Tushum and FINCA Kyrgyzstan, according to the MIX. Kompanion currently has about 100,000 borrowers for an average loan size of around $500. When I was an intern at Kompanion in 2009, their average loan size was $300 and their portfolio yield was around 60% (portfolio yield is calculated as interest income divided by loan portfolio and is used as a proxy for the average rate MFIs charge on the loans they make). One day I gave a talk to a group of Peace Corps volunteers and put together something like the following table to illustrate the effect of loan sizes on operational sustainability. Row (2), interest income, represents portfolio yield in the % of total columns (B) and (D). Row (3), cost of capital, is how much it costs for an MFI to borrow the money it uses to on-lend. This is a variable cost, i.e. the more money the MFI borrows to on-lend, the more interest they will pay. The assumed rate includes things like hedging costs and provisions for expected losses. Row (4), operating expense, is mostly salaries and assumed to be fixed, i.e. it doesn't automatically go up if you just increase the average loan size. Row (6), net income, is assumed to be zero, i.e. break-even. Today, Kompanion’s portfolio yield is around 40% and each loan officer sees an average of around 260 clients, with an average loan size of about $500. What typically happens is that an MFI will be forced to lower its rate as competition increases. The impact of the lower rate is offset by increased efficiency from general economies of scale as well as larger loan sizes as repeat borrowers seek larger loans.

Fonkoze is another MFI in our portfolio. Fonkoze was founded in 1994 by Father Joseph Philippe, a Catholic priest. Fonkoze operates in Haiti, an extremely challenging environment, which is also why the services they provide are so important. Haiti is the poorest country in the Western hemisphere and also particularly vulnerable to natural disasters such as the earthquake in 2010 that killed over 100,000 people and more recently Hurricane Matthew in October 2016. 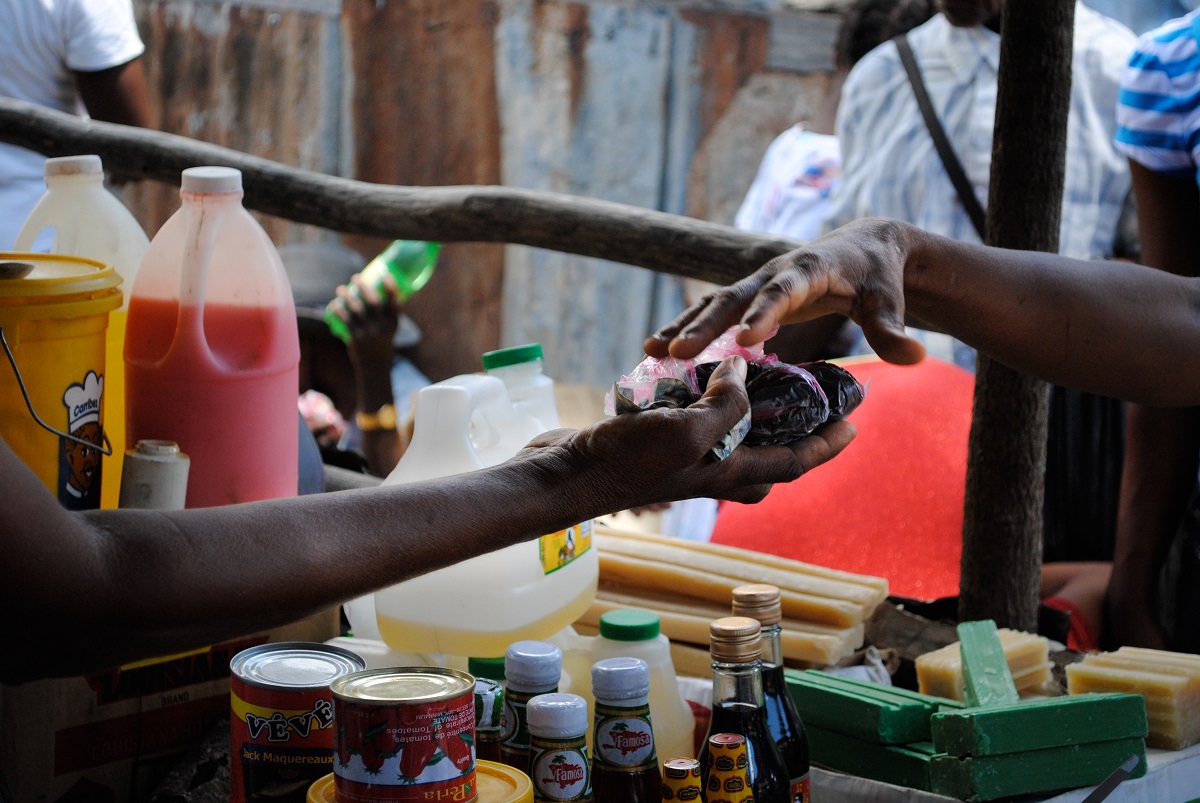 A Fonkoze-funded entrepreneur in Haiti. Photo courtesy of Fonkoze.

Fonkoze’s clients are a good illustration of what we mean when we talk about impact in the context of poverty alleviation. Their clients may still be poor after taking a loan but their lives have improved based on several indicators Fonkoze collects. After two years, the percent of clients living below $1/day drops only slightly from 53% to 51% but the percent food insecure drops more, from 72% to 63%, and their average savings increase from $13 to $30 .

We made a small investment in Fonkoze over 10 years ago to support their transformation to a legal for-profit and are happy to continue supporting Fonkoze indirectly through other loans. Our current borrower MCE Social Capital has a loan to them and our borrower Oikocredit has invested equity.

My goal in this post was to provide an intro to microfinance and discuss some of the common questions about microfinance institutions. Did I miss anything important? What would you add? I invite you to leave a comment below.

In my next post, I’ll give an overview of microfinance networks as owner/operators of MFIs.

Ready for the next post? See Part II and Part III.