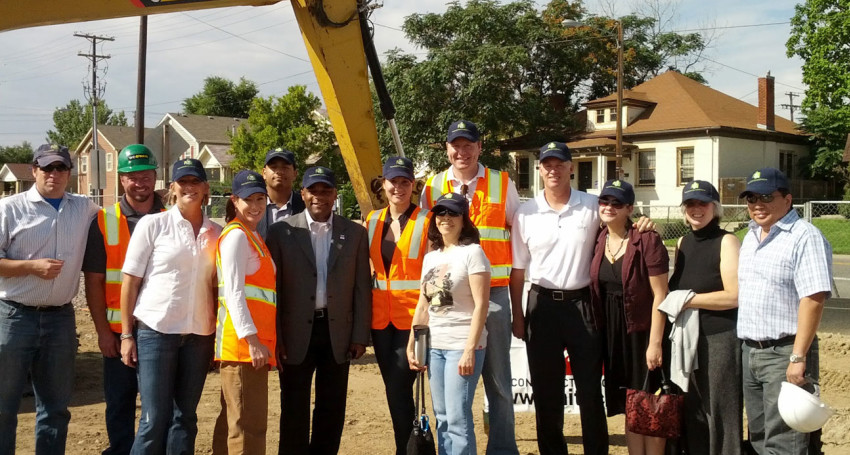 Ours To Own Turns One

This month, we’re celebrating the one year birthday of the Ours To Own campaign, our initiative with a vision to activate broad and diverse networks of local residents to drive significant investment in their own communities.

Last June, we launched the first two cities – the Twin Cities and Denver – and we have seen exciting early results. In the past year we have raised capital from hundreds of people in these two cities enabling us to invest more than $13.6 million through community-based developers and small business lenders. Our small business lending partners, Community Reinvestment Fund and Colorado Enterprise Fund, supported by Ours To Own and their other investors, have invested in 178 local businesses that have created or retained 2,700 jobs. Many of these businesses are minority, women, or veteran owned and are creating jobs and wealth in low-income communities. Our community development partner, Urban Land Conservancy, used Ours To Own funding to acquire two properties for a combined $7.4 million – one that is preserving nonprofit office space downtown for organizations who serve the immigrant and refugee populations, and one that is building a campus for affordable housing and community facilities in a neighborhood that will soon be getting a new public transit stop.

We've experimented with new tools to reach new audiences as we aspire to build a movement of impact investors that is as diverse and vibrant as the communities we serve. The short video and story we created below garnered nearly 70,000 views on YouTube, exposing many newcomers to this concept for the first time. Our mission is to demonstrate that impact investing is not a practice reserved solely for wealthy individuals or large institutions - it's something we can all be a part of.

The investments made by individuals – many for as little as $20 – are going to support the amazing work of people like Gloria Freeman.

Gloria owns a licensed care organization, Olu’s Home, which provides residential and in-home services to the elderly and persons with developmental disabilities or mental illness. Olu’s promotes an integrated and holistic approach, rooted in the belief that “we all have the right to a fulfilling life – to be happy, whole, and accomplished individuals.” As a result of the Ours to Own campaign and through her relationship with the Community Reinvestment Fund, USA, Gloria has received financing to purchase a new facility that will allow her to expand significantly. She now employs nearly 100 people, serving clients across both Hennepin and Ramsey counties in Minnesota.

In Denver, Ours To Own investors are supporting projects like the Mountain View Nonprofit Center. This seven-story tower in downtown Denver houses multiple non-profit offices, most of which are focused on serving the region’s immigrant and refugee populations. The Center occupied by these organizations was being eyed by local developers who wanted to purchase the building to flip it into market-rate condominiums. This purchase would have displaced these non-profits, forcing them to move further out of the city in search of affordable space. Instead, Urban Land Conservancy used money raised from Ours To Own investors to acquire the property so that its non-profits could continue calling it home. With long term leases, they now have the confidence and peace of mind to continue serving their clients – more than 1,000 of whom come through each week.

We look forward to continuing to share our progress, outcomes, and lessons. We hope you'll join the ranks of hundreds of other people who have taken the leap to become directly invested in the future of the places they live, work and play.