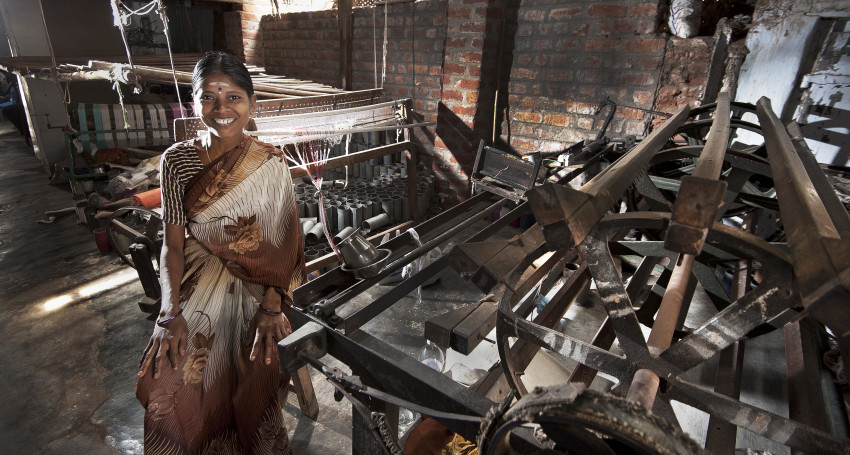 Participate in the Wave of the Future: Invest in India

Back in 2015, I was excited to learn in a Calvert Foundation newsletter about the launch of the India Investment Initiative, which would enable Indian Americans to invest to support sustainable, social enterprises in India. With the support of strong partners including MacArthur Foundation, W.K. Kellogg Foundation, United States Agency for International Development (USAID), U.S. Department of State, and International Diaspora Engagement Alliance, the India Investment Initiative has the potential to be a game changer in the world of development.

Many similar investments are available only to high net worth investors, but through the India Investment Initiative you can invest starting at $20 on Vested.org. I see the Calvert Foundation model of raising capital from investors and providing loans to social enterprises, as giving a hand up instead of a handout. While U.S. philanthropic giving has remained close to 2% of GDP for many years, there is a huge need for increased investment capital to address the world’s problems, beyond what philanthropy can contribute.

In India, Calvert Foundation specifically focuses on growing social enterprises that work in clean energy, education, healthcare, sanitation, financial inclusion, and the agricultural supply chain. I have personally visited one of Calvert Foundation’s former borrowers, Sankara Eye Foundation, India (SEF, India), which provides free corrective procedures for vision-impaired rural poor and has performed over 1.4 million free eye surgeries since inception. There are an estimated 55 million people across the country who suffer from some sort of visual handicap. Over 8 million are blind, which constitutes one fifth of the world’s total blind population.

SEF, India has become a national leader in addressing this issue and is among the largest community eye care providers in the world. It has developed a unique hybrid business model in which 20% of for-profit surgeries for middle and upper class patients in urban areas fund 80% of free surgeries for the rural poor. Currently there are eight community hospitals throughout India performing over 150,000 eye surgeries per year. SEF, India plans to scale to 20 community hospitals in the coming years with three new community hospitals being constructed starting in 2016. Calvert Foundation has provided a $700,000 loan to SEF, India in 2013 for such capital expansion.

I had the chance to visit the Sankara eye hospital in Coimbatore and took a tour of the hospital, the operating theater, and visited a rural eye disease screening camp. I was amazed at the culture of selfless service that permeated the whole hospital as well as the efficiency of the operations. It was fascinating to be able to travel to a village to see the eye camp where patients are screened for eye disease and referred to the base hospital if necessary. I also saw eye surgeries performed in a matter of minutes which resulted in a magical transformation in patients’ lives. There are few interventions which can have such a profound impact on a person’s life in such a short time.

SEF, India is one of many impressive organizations that make up India’s growing social enterprise sector which the India Investment Initiative supports broadly. The India Investment Intiative provides a unique opportunity for Indian Americans and all those interested in India’s development to invest in social enterprises at a retail level. For me, this is a disruptive innovation because I get social impact, like a donation, and I also receive my principal back plus interest. This is the wave of the future, and you have a chance to participate.