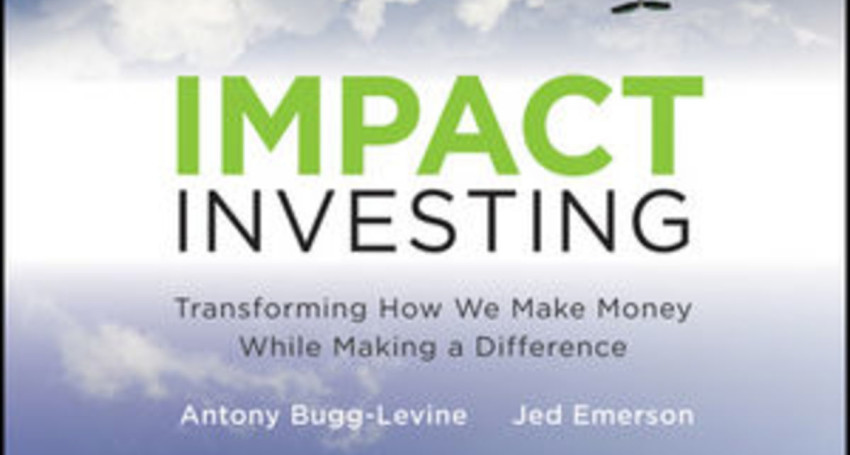 The Evolution of Impact Investing

Earlier this year I wrote a review on the book The Impact Investor. It was interesting enough that it made me wonder what else the authors might have to say about impact investing. I found that one of its authors, Jed Emerson, wrote another book, Impact Investing (a little confusing, I know), with Antony Bugg-Levine, four years earlier in 2011.

While The Impact Investor helped provide a framework of the players in the impact investing ecosystem, Impact Investing gave me a better understanding of the roots and evolution of the space, which happened to very much align with the development of our India Investment Initiative.

In Chapter 2 of Impact Investing, called “Impact Investing in International Development,” Emerson highlights the sector’s government roots. Before the term “impact investing” was first used to describe the industry in 2007, governments were already complementing their traditional donor aid programs with more market-oriented approaches. The World Bank was created after World War II to primarily provide loans to the governments of Europe and Japan. The International Finance Corporation (IFC) was then created as to provide investment support to private companies.

Because IFC has multiple founding governments, it is considered a global development financial institution (DFI). There are also regional DFIs like the Inter-American Development Bank (IDB), which focuses on Latin America, and national DFIs like the Overseas Private Investment Corporation (OPIC), which co-invests with U.S. investors in emerging markets. The IDB is our partner for our Raíces Investment Initiative and OPIC is one of our partners in our India Investment Initiative. Our partnership with OPIC has allowed us to channel more capital to our borrowers than we otherwise would be able to on our own and supplement our own due diligence with their intensive vetting process.

Another chapter is titled “How Will We Unlock Philanthropic Capital?” and follows the shift among some foundations to move beyond traditional grant-making and to look into ways investments could also help achieve their goals. Traditional foundations have endowments that they managed based only on financial considerations. Their philanthropic work would typically be limited to providing grants from those returns. Today, foundations are asking how they can use all their assets to most effectively create a lasting social impact.

The last chapter I wanted to highlight is called “Impact Investing in Social Enterprises.” It immediately follows the chapter called “Microfinance” - an order that reflects an ongoing evolution in the space. IntelleGrow is a financial intermediary like a microfinance institution (MFI) but serves a target market of SMEs. One way SME lending is often described is as serving the “missing middle”, i.e. those borrowers too large for MFIs but still too small for traditional banks. In addition, many of IntelleGrow’s borrowers are social enterprises that focus on providing basic services like energy and education that here in the U.S. we expect the government to provide. International investors that have their roots in microfinance have now expanded into these adjacent sectors which represent a market with potential opportunity and impact as large as the challenges they are tackling.

In a rapidly evolving industry like impact investing it’s very helpful to learn its history and origins so you have a reference point. This book provides that reference point by taking the many separate pieces that make up the space and tying them together into one story. The book is also a great way to understand the different players involved in our India Investment Initiative and the role each of them play.

To find out more about our India Investment Initiative and make an investment, visit here.