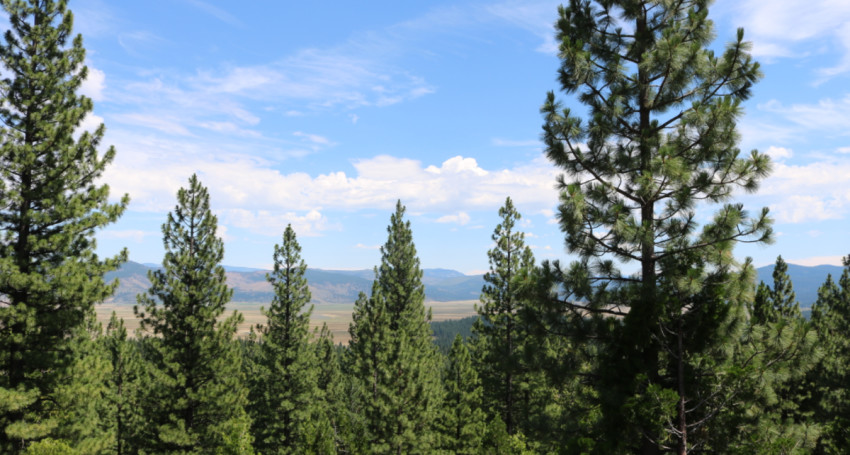 In the face of climate change, catastrophic wildfires increasingly blaze across the country, threatening forests, communities, and livelihoods. Currently, in California alone, there are more than 625 active fires, and the number keeps growing each day. More than 7,000 fires have burned through 1.4 million acres this year, making this fire season one of the most active ever. By contrast, at this point in 2019, 4,292 fires had burned 56,000 acres across the state.

Solutions are urgently needed. While organizations such as the US Forest Service have the expertise to implement critically important fire prevention and management programs, these agencies often do not have the funding or human resource capacity to do so. According to Zach Knight, Founder of Blue Forest Conservation, twenty-five years ago, the U.S. Forest Service spent about 15 percent of its budget fighting wildfires. In 2017, however, it spent 56 percent of its budget, or $2.7 billion, fighting the fires of today instead of preventing the fires of tomorrow.

Developed by Blue Forest Conservation, the World Resources Institute, and the U.S. Forest Service, the FRB is an investment vehicle that supports public-private partnership to fund the upfront costs of vital forest restoration in the North Yuba watershed of California. By investing in restoration projects that protect forest health, the FRB mitigates the risk of catastrophic wildfire while also protecting water resources, avoiding carbon emissions, and creating rural jobs.

Investors like Calvert Impact Capital cover the upfront costs of forest restoration work, allowing the U.S. Forest Service (USFS) and other beneficiaries to pay back investors over time, while carrying out critical fire prevention programs. Beneficiaries of the restoration work including USFS, water and electric utilities, the Yuba Water Agency, and the California state government make cost-share payments over time (up to 10 years) to provide investors competitive returns based on the project’s success. With the first pilot project launched in 2018 in Tahoe National Forest, the FRB is a model that can be replicated elsewhere not just to address catastrophic wildfires, but to mitigate damage from other climate-related disasters. So, what do these fire prevention projects actually look like? They often take the form of removing small trees, shrubs and highly flammable dead vegetation; re-introducing fire through controlled prescribed burns; restoring meadows; managing invasive species; and decommissioning roads. Over 80 million acres of forest land in the U.S. is in need of restoration due to government fire suppression programs over the past hundred years. As a result, controlled burns and tree removal are necessary to promote more natural patterns of forest growth. The overgrown forests create a high risk of catastrophic wildfire and threaten much-needed water resources. By removing extra fuel, such as small trees and undergrowth in overgrown forests, it decreases the risk of severe wildfires and saves larger trees and habitats—both animal and human—that would be lost in a catastrophic fire.

As the threat of climate-related natural disasters increases, we must invest more in mitigation and prevention efforts. The FRB shows that we can and must fight fire with finance

Learn more about the Forest Resilience Bond and our other borrowers in our Portfolio List. You can also learn more at https://www.blueforestconservation.com.