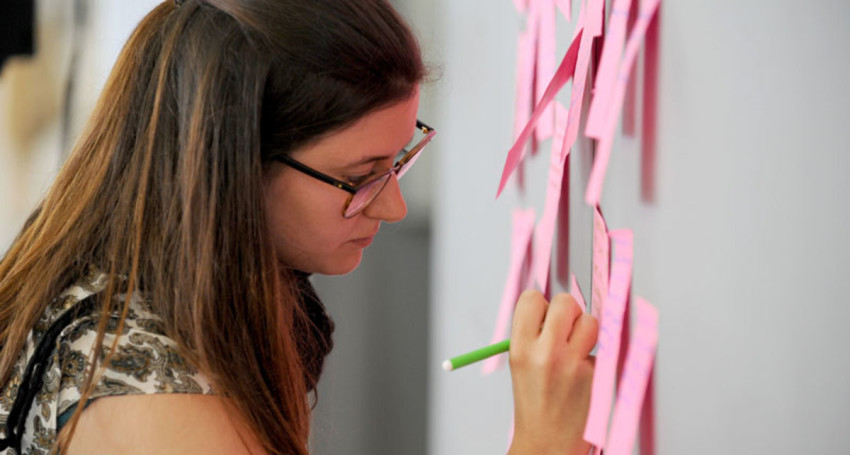 A special thanks to the W.K. Kellogg Foundation for their support of our diaspora research.

One of Calvert Foundation’s objectives has always been to create an inclusive social investment marketplace—to enable anyone, regardless of their wealth or status, to become a social investor. That means enabling not only diversity of means amongst our investors, but diversity of perspectives, interests, and heritage.

Our view is that being able to invest to make the world a better place shouldn’t be an activity limited to the wealthy or the few.

One of the key ways we’re doing that is through our issue-based investment initiatives, which currently focus on topics including women’s empowerment, U.S. community development, and diaspora engagement. These Initiatives build on Calvert Foundation’s unique history in impact investing, and our strategy for engaging a broad audience of investors through the causes and places they care about.

Our view is that being able to invest to make the world a better place shouldn’t be an activity limited to the wealthy or the few; only by creating a broad-based movement will we start to see real change in the way capital markets allocate resources for the betterment of society and the planet.

A Bit of History

Over the past 20 years, more than 15,000 people have collectively invested $1 billion through Calvert Foundation’s Community Investment Note, one of the first broadly available impact investment products in the market.

In the early days, nearly all sales of our Community Investment Note (the “CI Note”) were transacted person-to-person, through paper applications. This meant that our sales efforts were largely confined to a small community of early adopters of socially responsible investing. Many of the leading thinkers and doers behind some of the 20th century’s most important social movements - civil rights, apartheid - were faith-based investors and socially responsible pension funds. Our investor audience primarily included teachers, healthcare workers, and nonprofit workers.

In 2005, our reach broadened substantially through a partnership with InCapital, a leading underwriter and distributor of fixed-income securities. The CI Note was available for the first time through popular brokerage platforms like Schwab and Fidelity - a list that has now grown to more than 600 broker-dealers and financial firms. This partnership opened the door to an audience of financial advisors whose clients were clamoring to see a portion of their portfolios invested in something that reflected their values. These clients tended to be predominantly male, part of the baby boomer generation and with sufficient wealth to retain financial advisors.

Two years after we opened up the brokerage sales channel, we pushed our reach even further. Through a partnership with MicroPlace, an online impact investment platform, we were able to drastically lower the minimum price of a CI Note – first to $100 and ultimately to $20. We remain committed to this low investment amount through the launch of our own investment platform Vested.org, which went live in June 2014. This new channel finally enabled people without substantial resources or a financial advisor to purchase a real investment product that provided them with tangible social and financial returns. Our audiences for this channel were new to us - younger, increasingly female, more tech-savvy. Through campaigns like Ours To Own and WIN-WIN (see infographic, right) we began to reach new populations of people who were motivated by specific issues – community development in U.S. cities in the case of Ours to Own, and women’s issues for WIN-WIN.

The Importance of a Broad Audience

We began to wonder how else we might diversify our audience and in doing so, begin to build a movement of people who believe they can change the world for the better through their similarly diverse investment behaviors. While our ability to gather demographic data on investors is legally restricted, there are some indicators from which we can draw conclusions, including one that has challenged us to rethink our approach: the vast majority of impact investors appear to be both white and upper class.

While we are very proud of our investors as they are today, we welcome the many ways in which they challenge us to become a better organization. The implication that most of our investors – and potentially the majority of self-identified impact investors – are of a particular single demographic has troubling implications for our business and the broader industry (and we think our investors would agree!). First, a lack of diversity narrows the scope of the context we operate in and the perceptions of the challenges we are trying to address through investment. This investor demographic reflects the unequal power dynamic and the very inequities our investments are trying to resolve, wherein there is virtually no demographic overlap between the investor population and the communities receiving investment. This dynamic can result in a lack of accountability and transparency and ultimately, may result in a failure to achieve the social impact we are all hoping for on a community level and on a macro-level. Finally, this lack of diversity, if it holds true largely across the impact investment space, may bode ill for the future of impact investing given the broader demographic shifts that America will be undergoing over the next fifty years and the change in cultural norms those shifts will bring.

A lack of diversity narrows the scope of the context we operate in and the perceptions of the challenges we are trying to address through investment.

Results from Mexican Americans and Conversations to Come

While it is still early in our experience with audience-specific investment campaigns, what we’ve learned thus far has inspired us to cast our net out further, and explore ways to reach populations that have been underrepresented as investors and/or beneficiaries in our industry context. It is critical to reach these populations in order to broaden our perspective, to begin to bring equity1 into both sides of the investment equation, and to start to uncover whether, and how, the concept of investing for social good could become a pillar of our future economy among a diverse population.

One of our recent efforts in this vein was a study we commissioned with ThinkNow, a leading Hispanic polling firm, under our Diaspora Investment Initiatives. This market research polled over 1,000 Americans of Mexican descent or heritage over the age of 18. We focused on this population because it is one of the largest diasporas in the U.S. and also because Mexican-Americans represent the largest percentage of the U.S. Hispanic population, which is projected to be the new “minority majority” by year 20432 ; and because the economic and social needs both in Hispanic communities in the U.S. and communities in Mexico are significant.

Here are a few highlights from this survey:

For a preview of the conversations to come, one of our biggest takeaways from this research that we believe benefits the broader field is the following:

We face a major challenge creating trust with an already skeptical population before they participate in impact investing. Transparency and accountability are critical for diaspora populations3; they will need to see and hear success stories from the organizations receiving investment. Impact Investing is still in its infancy and its investors generally require “over and above” proof of both social and financial integrity due in part to the lack of track record as well as the high risk that one well-publicized failure could damage the entire practice. Establishing trust with any investor is always a significant effort requiring time, education, and robust networks; establishing this trust with diasporas is potentially of a higher order given their unique experiences and perceptions of financial services, governments, and investment practices.

We’ll be discussing implications of this research this week at the FLII and also in more detail in our upcoming series of adopting a “Diaspora Lens” in investment practice – we hope you can join the conversation! Start by letting us know your thoughts - how would you engage diverse populations in investing for both social and financial impact? Let us know in the comments below.