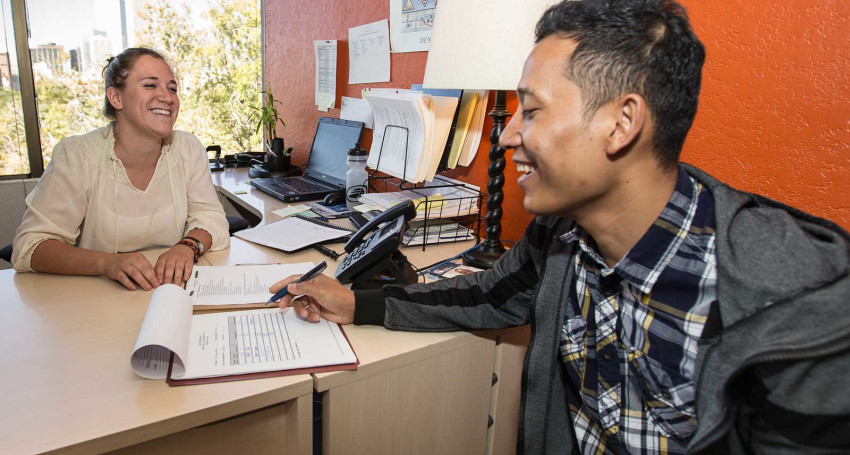 The property is ULC's first acquisition through the Ours To Own Denver initiative.

We are very excited to announce the first acquisition by the Urban Land Conservancy (ULC) funded by the Ours To Own Denver campaign. Just a few months ago, we launched the Ours To Own campaign – the first ever effort that gave Denver residents the ability, starting from $20, to invest in a part of their city's community and economic development. Around the same time, Calvert Foundation and ULC set up a credit facility that would allow ULC to access flexible, affordable financing to purchase community facilities in the Denver region. This was in reaction to the growing need to preserve a variety of community space that serves all of Denver's diverse neighborhoods and communities.

The first acquisition under this credit facility was the Mountain View Nonprofit Center in downtown Denver, with the goal of preserving affordable, transit-accessible office space for local nonprofits. The nonprofits that occupy the building currently employ 130 people and serve more than 1,000 people a week, including local immigrant and refugee communities. These nonprofits were at risk of losing their offices due to the competitive real estate environment, which would have pushed them out of their neighborhood and away from the public transportation on which their clients rely.

The money to fund this acquisition – and hopefully many more – is being raised through the Ours To Own Denver targeted Community Investment Note, a fixed income product offered by Calvert Foundation that is available online for as little as $20. This product is a true investment – not a donation – and allows people who love Denver to make an investment in their city to generate both social and financial returns. These small investments pooled together across hundreds or thousands of Denver residents have the ability to provide the necessary capital to create stronger communities for the city they love.

We want to thank all of the metro Denver investors who made this possible – we're thrilled that the first acquisition is complete and your investment is being put to good use in the region.

Read the full story of Mountain View on the Ours To Own Denver page. You can also read about Mountain view on the Calvert Foundation map.