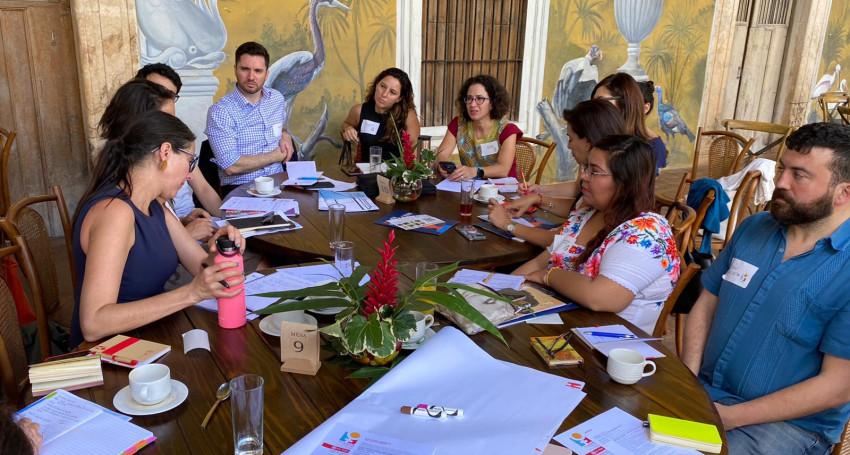 As March is Women’s History Month, I’ve spent some time reflecting on the power of gender lens investing to transform the lives of women-- and the nature of capital markets-- across the globe. It’s been just over a year since we published “Just Good Investing: Why Gender Matters to Your Portfolio and What You Can Do About It.” This report is especially meaningful to me as I led the quantitative analysis of our private market portfolio that showed, on average, companies with the highest percentage of women on boards and in leadership positions outperformed those with the least.

There is clear, data-driven consensus that investing in women makes economic sense as many other studies have shown similar results for women-led organizations in the public market and in the venture capital world, as well as within governments around the globe. If women play an identical role to men in the labor force, as much as $28 trillion could be added to global annual GDP by 2025.

It’s worrisome indeed that these numbers are even worse in Latin America. In Mexico, only 47% of women participate in the formal labor market; in Chile, where I am from, only 49% of women in the labor market receive compensation for their work (Not unrelated, according to the Organization for Economic Co-operation and Development, Chile has the fifth greatest gender pay gap in the world).

Additionally, and as noted by multiple recent reports, including Value for Women’s “Impact Investing with a Gender Lens in Latin America,” women in Latin America are at a particular disadvantage when attempting to access credit and other financial products, which further impedes their desire to maintain or even start a business.

But there’s still reason to hope. Currently, there is a critical movement that shows promise for bringing gender equity to the region: the massive women-led protest movements in Mexico, Chile, and other countries in Latin America. Demonstrations at this scale have never occurred before in the region and because of their numbers, their coordination, and their reach, companies and governments cannot simply ignore them. These movements have the potential to drastically shift power dynamics and gender equity across the region.

The impact investing community should take inspiration from these women fighting at the forefront of global gender disparities and collaborate with one another on solutions to the global gender inequities. We must standardize and magnify our aggregate learnings in order to continue to strengthen the business case for gender lens investing, particularly from a private markets perspective, and highlight and provide the necessary resources to organizations that have been at the forefront of the movement. I have hope as there is strength in our numbers.

Formals steps towards this goal have already been taken by Latin America’s impact investing industry.

This past February, Pro Mujer hosted their first Gender Lens Investing in Latin America conference. In addition to discussing gender disparities, cultural phenomena such as “machismo” and important gender-based power dynamics, the panels addressed the myths regarding investing with a gender lens, demonstrated the impact of gender-based analysis, and assessed gaps in the gender lens investing ecosystem in Latin America.

The 10th edition of the Latin American Impact Investing Forum (FLII), which took place the following day, hosted sessions such as, “Strengthening the ecosystem: Innovative tools for gender-lens investing.” During these sessions, attendees discussed how to effectively support women entrepreneurs in the region to pursue economic opportunities and grow their businesses.

I am also encouraged by the growing focus on gender-lens investing across the globe. Recently, IDB Invest, the private sector arm of the International Development Bank, announced that it would issue the first social gender bond in Latin America, totaling $50 million, starting in Ecuador, Dominican Republic, and Colombia.

Each of these are steps in the right direction and I am optimistic about further progress, particularly with the inclusion of more women in decision-making processes. Just as the countless women leading the protests in the region have demanded – we must stand up and take action to ensure gender equity in business, in our economy, in our society.